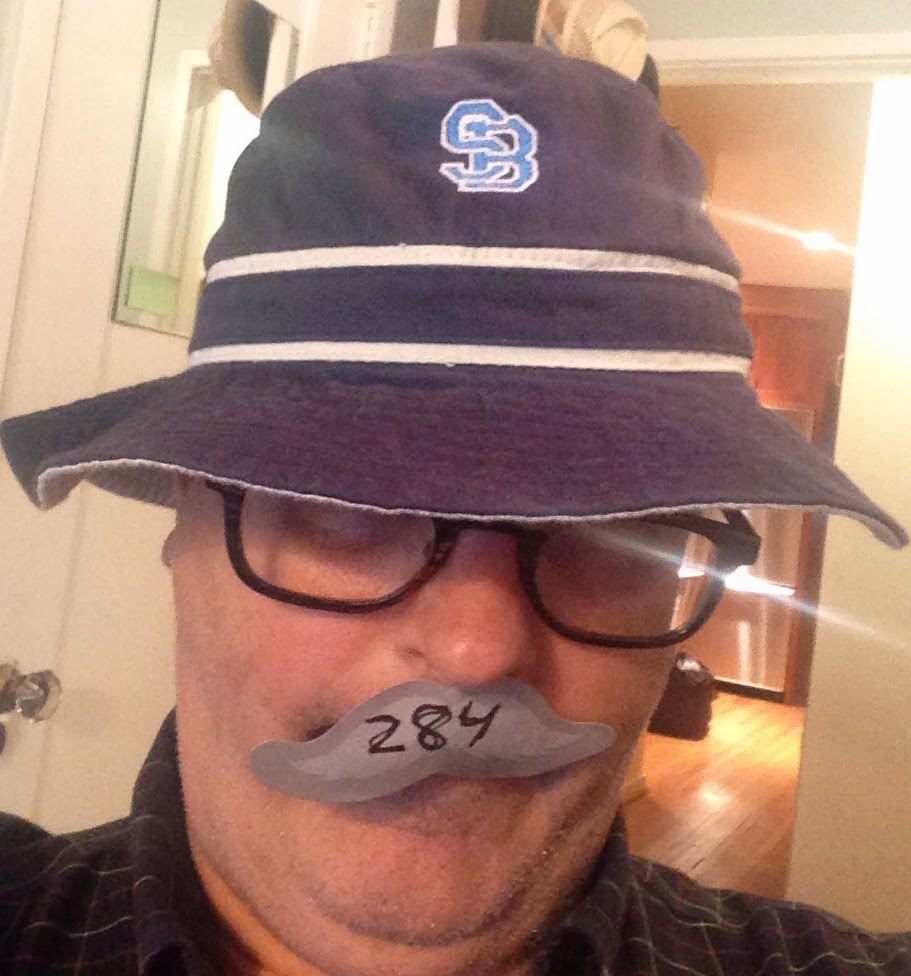 From the SJTBOH, I have to guess this hat ultimately comes from my nephew Preston McClary, as that logo and those colors are specific to South Burlington High School .

Apparently the sports teams go by the nickname "the Rebels" -- earned because it's South Burlington -- get it? ( I'd always imagined the Queen City's Mason-Dixon line to be somewhere around Shelburne but hey ...).

So there you have it.

A: One man's homage to Dr. Seuss and his second book, "The 500 Hats of Bartholemew Cubbins," which is celebrating the 75th anniversary of its publication in 2013, Project Cubbins is an attempt to document the wearing of a different hat or piece of headgear every day for 500 consecutive days. No do-aheads, no banking of hats, no retroactive entries. PC started on May 27, 2013 with Hat 1.
Got hats? If you loan 'em, you'll get e'm back safe and sound!
Posted by Adam Tschorn at 6:05 PM