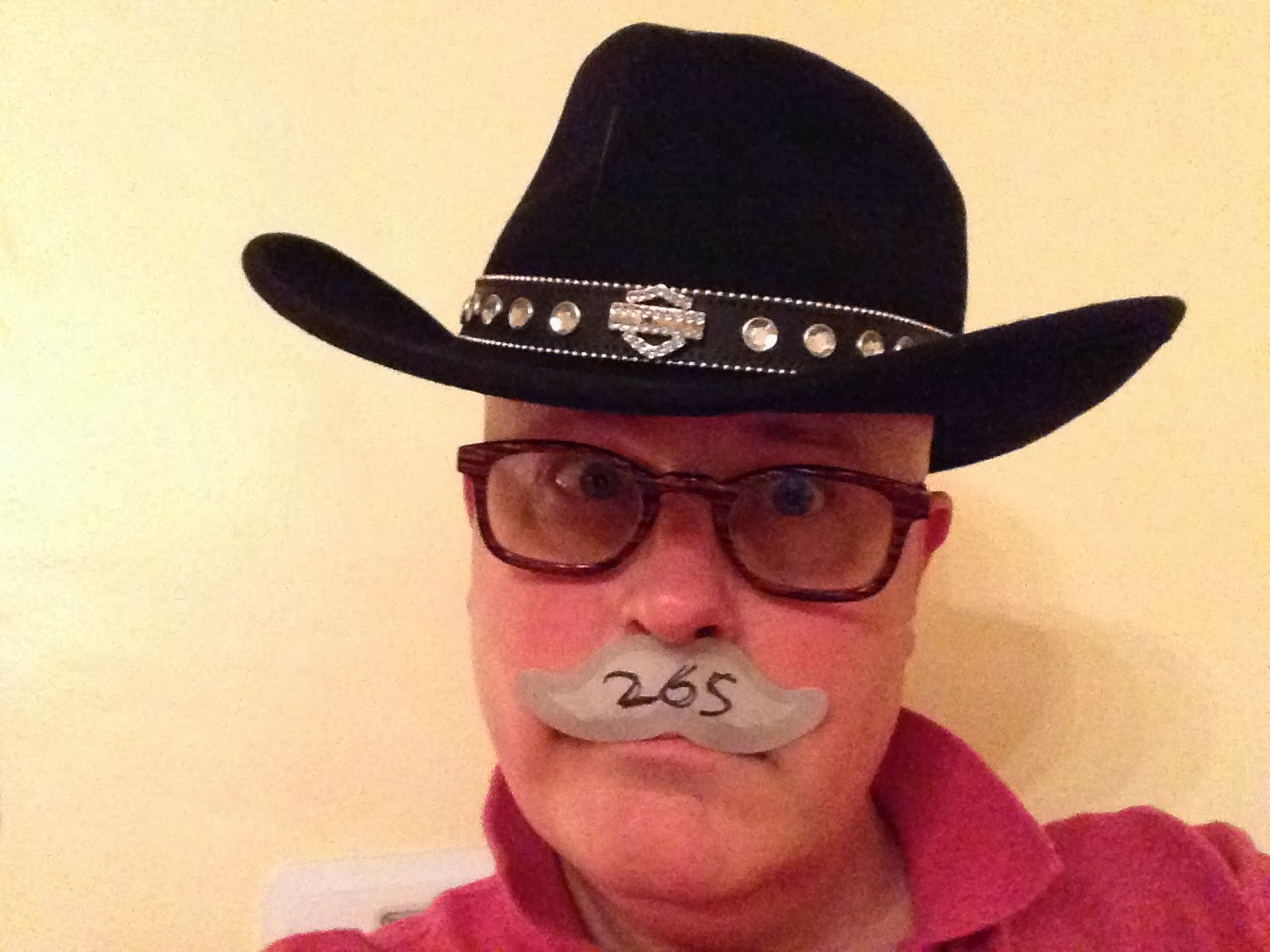 This crushable and water repellent (according to the printing on the interior sweatband) is one of the loaners to the Project from members of the The Headwear Association. According to its website, F&M, which dates to 1912, has offices and a factory in Denver, Pennsylvania, and makes hats for  range of brands (including Jack Daniels, don't you know).

Have you ever wondered why Harley-Davidson motorcycles are called "hogs"? I have -- and today I found out (at least according to Wikipedia). Here's the part of the Harley-Davidson entry titled for Origin of "Hog" nickname:

"Beginning in 1920, a team of farm boys, including Ray Weishaar, who became known as the "hog boys," consistently won races. The group had a live hog as their mascot. Following a win, they would put the hog on their Harley and take a victory lap."

Apparently Harley-Davidson created a  club for Harley owners in 1983, dubbing it the Harley Owners Group (HOG, get it?) and would eventually try to trademark the word but in 1999 it wqs ruled that "hog" had become a generic term for large motorcycles and was therefore unprotectable as a trademark. (That didn't stop the motorcycle maker from changing its NYSE ticker symbol to HOG (from HDI) in 2006.)

And now you know!

A: One man's homage to Dr. Seuss and his second book, "The 500 Hats of Bartholemew Cubbins," which is celebrating the 75th anniversary of its publication in 2013, Project Cubbins is an attempt to document the wearing of a different hat or piece of headgear every day for 500 consecutive days. No do-aheads, no banking of hats, no retroactive entries. PC started on May 27, 2013 with Hat 1.
Got hats? If you loan 'em, you'll get e'm back safe and sound!
Posted by Adam Tschorn at 7:10 PM