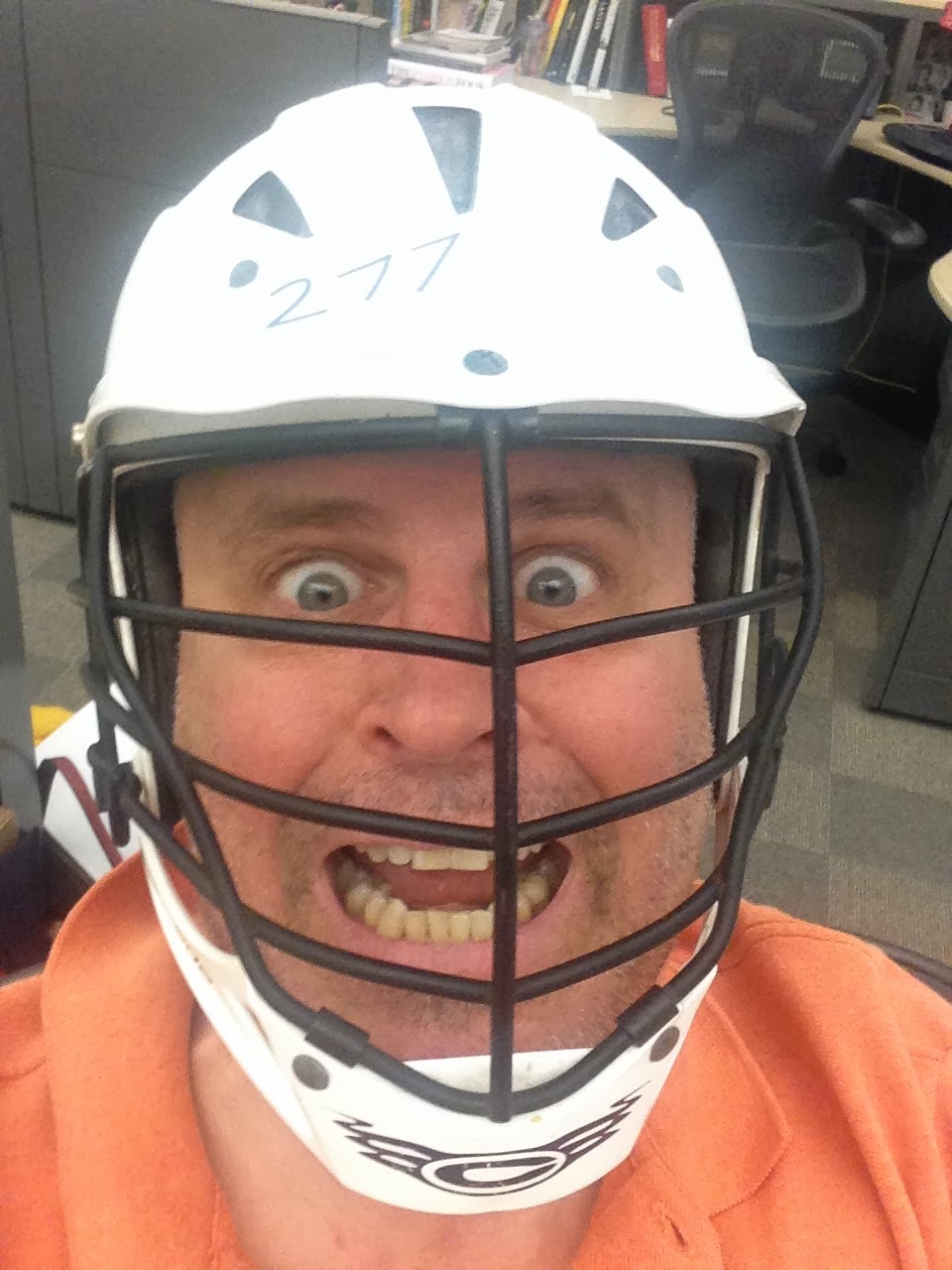 Loaned to the Project by co-worker Lisa Boone, she says it's one that he's outgrown (or no longer finds stylish enough  - apparently kids are designing their own protective helmets these days -- who knew?). She tells me he's on a local youth hockey team called the Hollywood Bears.

While I never played lacrosse, when I was back at Vermont Academy all the cool kids did and even those of us that were too spindly, easily bruised or horridly uncoordinated (I was definitely in the last category) somehow managed to have a lacrosse stick and a couple of lacrosse balls in our possession.

A hat-tip to Boone (by my reckoning this is at least her second helmet - yes, I said helmet -- to be featured) for the loan.

If the team ever needs someone to dress up like a bear and fall out of a tree onto a trampoline (if you haven't seen the video I'm referring to, you can watch it here) for pre-game mascot-like entertainment, at least one player's mom knows who to call.

A: One man's homage to Dr. Seuss and his second book, "The 500 Hats of Bartholemew Cubbins," which is celebrating the 75th anniversary of its publication in 2013, Project Cubbins is an attempt to document the wearing of a different hat or piece of headgear every day for 500 consecutive days. No do-aheads, no banking of hats, no retroactive entries. PC started on May 27, 2013 with Hat 1.
Got hats? If you loan 'em, you'll get e'm back safe and sound!
Posted by Adam Tschorn at 6:48 PM