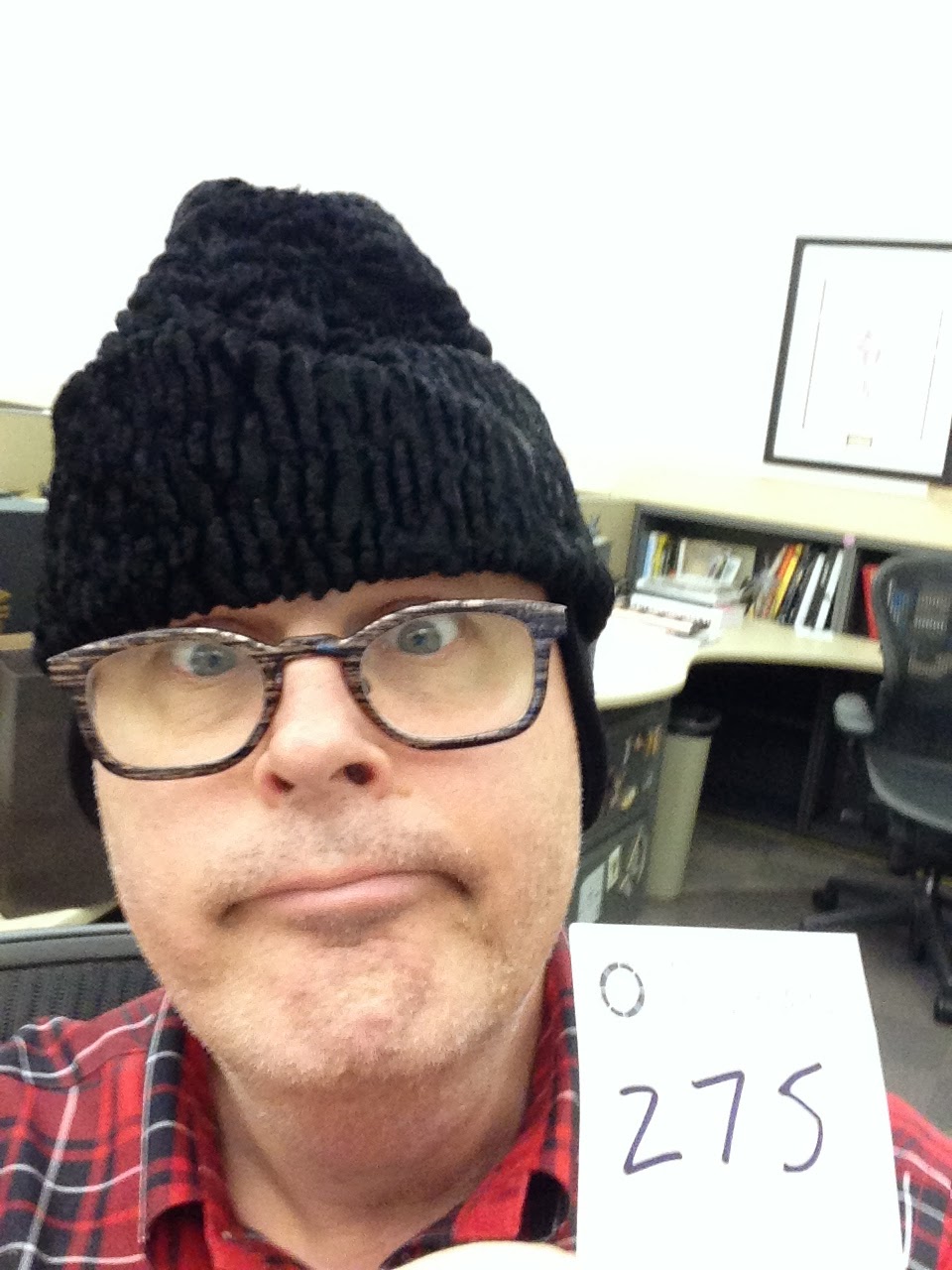 Although there is no fabric content tag (it's a loaner from The Headwear Association sample closet),  a quick web search of the style number written on the attached tag -- 59-701 -- reveals t to be a style called "Vladimir," and composed of 100% acrylic material.

Close followers of the Project will know this is the second time this month I've popped a Broner on my head (the first was PC 251 --  the Glam White Trapper) back on Feb. 1.

Although it was listed on the packing slip as a "diplomat hat," it is also referred to as an "ambassador hat" and a "cossack hat" and usually identified with Russian culture. It closely resembles the "karakul," which, as my fellow cube farmer Chris Reynolds hopefully points out is traditionally made "from the fur of aborted lamb fetuses."

To out it diplomatically, that's the kind of thing that makes me wish I'd put my ear flaps down just a tad bit earlier.

PC 273: Red RiderPC 272: Mime in the MirrorQ: OK, nice hat -- but what exactly is Project Cubbins, anyway?
A: One man's homage to Dr. Seuss and his second book, "The 500 Hats of Bartholemew Cubbins," which is celebrating the 75th anniversary of its publication in 2013, Project Cubbins is an attempt to document the wearing of a different hat or piece of headgear every day for 500 consecutive days. No do-aheads, no banking of hats, no retroactive entries. PC started on May 27, 2013 with Hat 1. Got hats? If you loan 'em, you'll get e'm back safe and sound!
Posted by Adam Tschorn at 6:14 PM