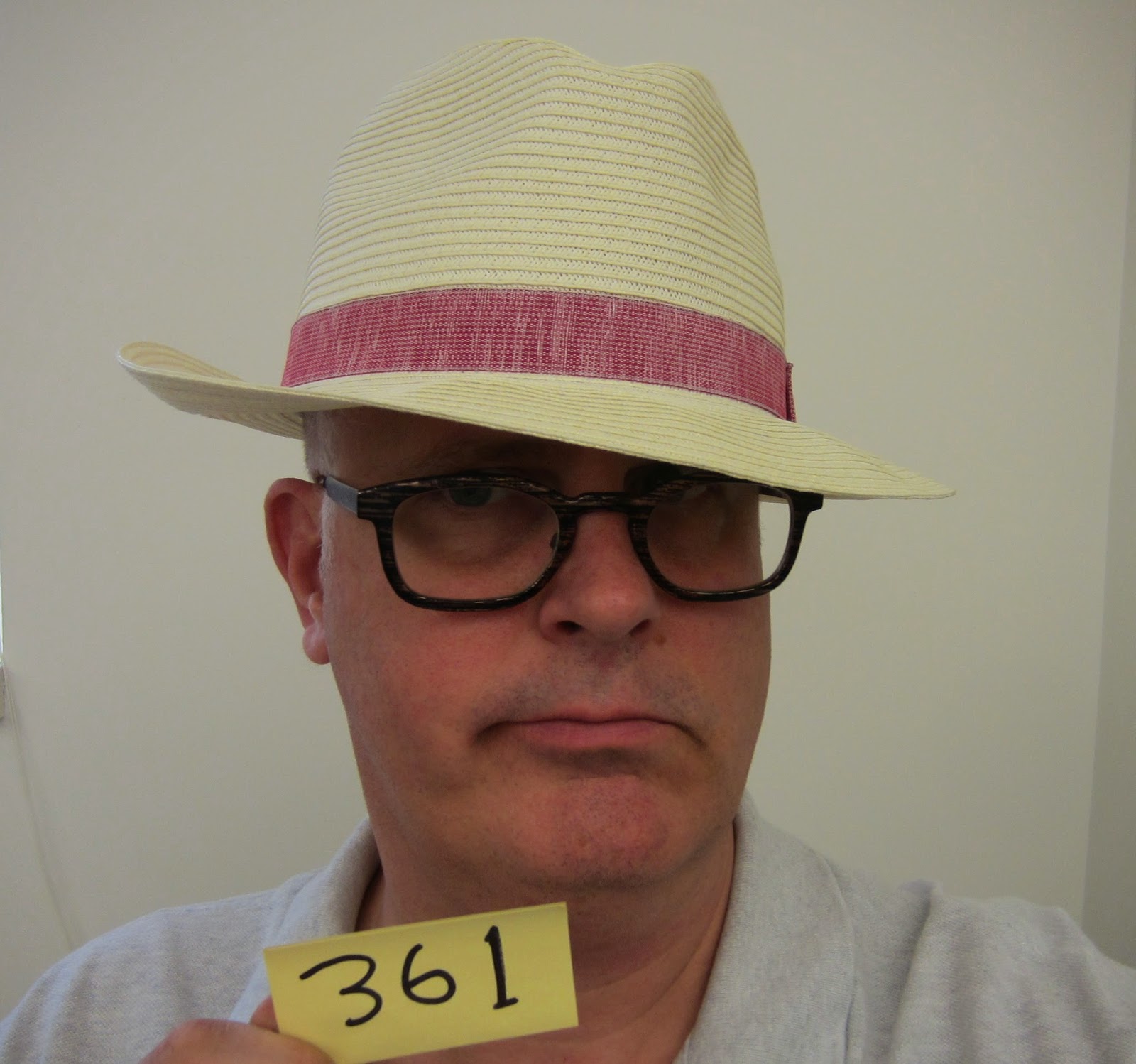 Another loaner from The Headwear Association's sample closet, I was able to find this exact item (88-149) in Broner's Spring/Summer 2014 catalog, which calls this particular style "Doo-Wop."

In addition to "ivory," this particular style is also offered in "pecan" and "slate."

A: One man's homage to Dr. Seuss and his second book, "The 500 Hats of Bartholemew Cubbins," which celebrated the 75th anniversary of its publication in 2013, Project Cubbins is an attempt to document the wearing of a different hat or piece of headgear every day for 500 consecutive days. No do-aheads, no banking of hats, no retroactive entries. PC started on May 27, 2013 with Hat 1.
Posted by Adam Tschorn at 1:28 PM