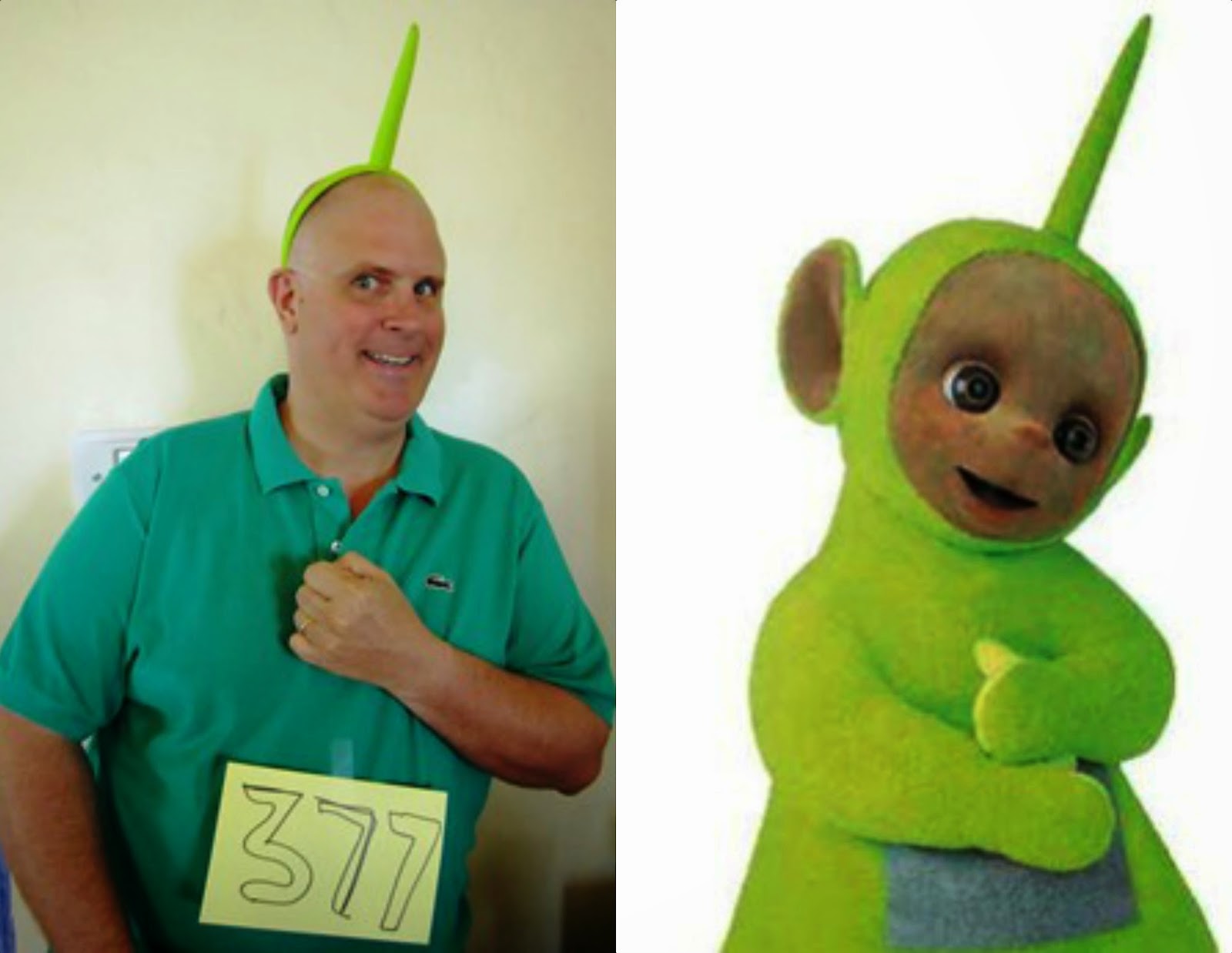 Yes, this is indeed a Teletubby accoutrement (anyone remember them?). And I have to confess I have no earthly -- or non-earthly for that matter) idea how it came into my possession but I've had it a long time and it has been the source of much mirth in our household.

Although I have oft referred to it in the past as a horn, according to what I've just read of the Teletubbies' unique anatomy, this is indeed an antenna. It is the signature flourish of the green one -- aka Dipsy. Here's a little bit about the tenacious D from the Teletubbies Wikipedia entry:

"Dipsy (played by John Simmit) is the second Teletubby. He is green and is named 'Dipsy' because his antenna resembles a 'Dipstick.' Dipsy is the most stubborn of the Teletubbies, and will sometimes refuse to go along with the other Teletubbies' group opinion. His face is also notably darker than the rest of the Teletubbies, and the creators have stated that he is Black."

I guess it's fitting that the Teletubby whose antenna I sport is the most stubborn one.

Q: OK, nice hat -- but what exactly is Project Cubbins, anyway?
A: One man's homage to Dr. Seuss and his second book, "The 500 Hats of Bartholemew Cubbins," which celebrated the 75th anniversary of its publication in 2013, Project Cubbins is an attempt to document the wearing of a different hat or piece of headgear every day for 500 consecutive days. No do-aheads, no banking of hats, no retroactive entries. PC started on May 27, 2013 with Hat 1.
Posted by Adam Tschorn at 1:55 PM