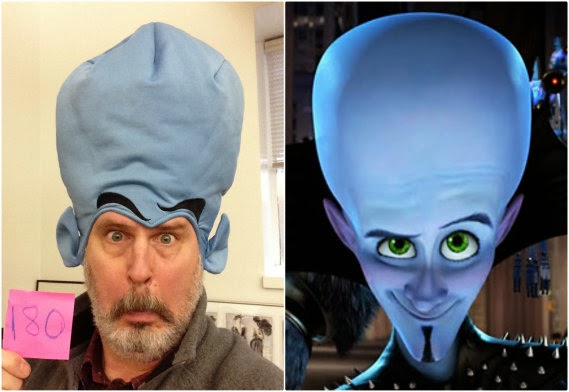 Graciously on loan to the Project, this high hat is from the Team Boucher (henceforth TB) series, which is no well on its way to becoming the first family to be added to the ranks of the MHDC.

I never actually saw "Megamind," which hit theaters three years ago this month, but I'm all in for anyone -- reformed/lapsed/practicing super villain or not -- who's comfortable with rockin' a gigantic bald head.

I'd hoped the side-by-side comparison turned out funnier, but we'll always have my mawg shot.