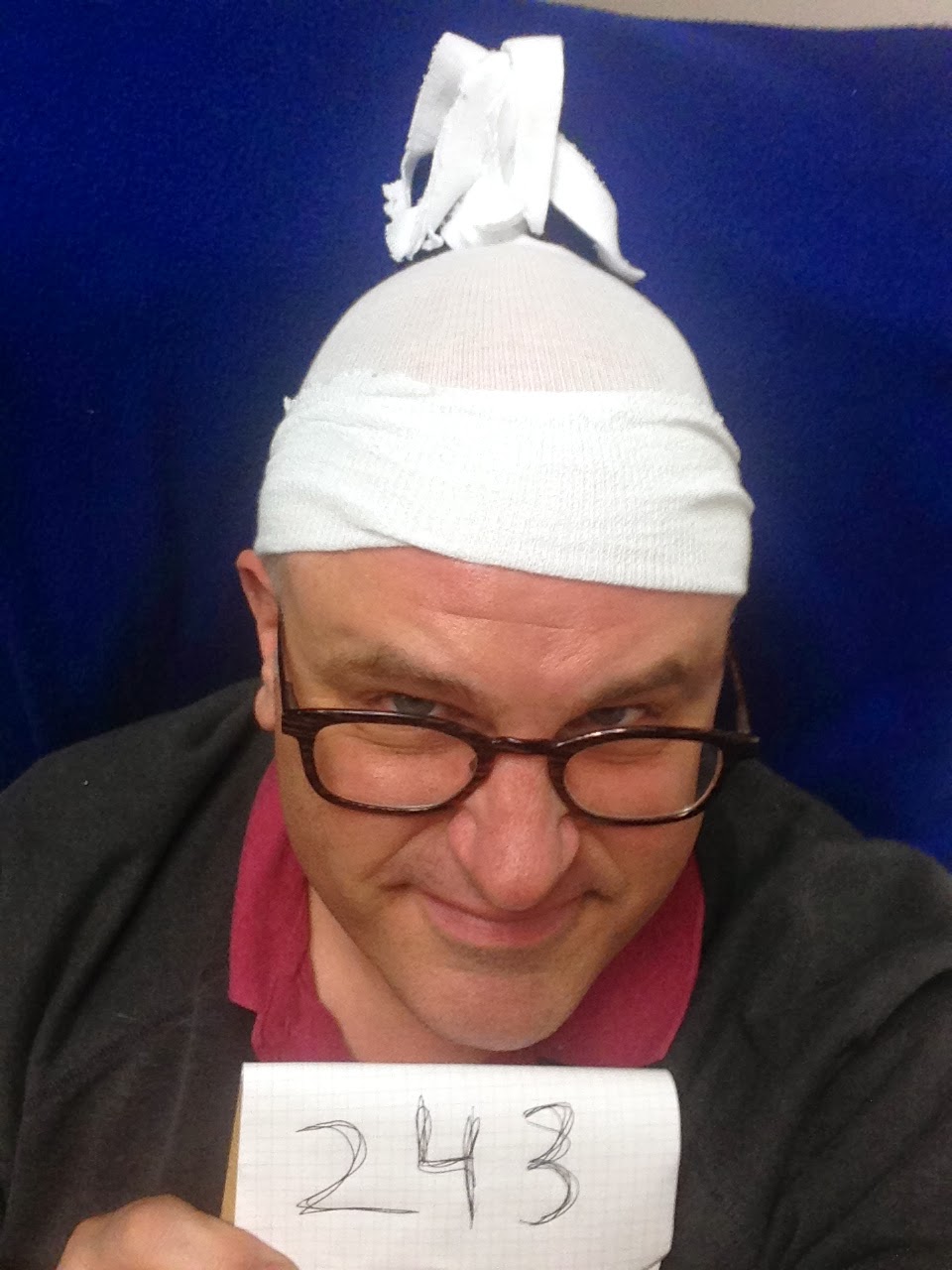 Day 243 / Hat 243: Cap crafted from white stockinette knit tube dressing.  Crafted for the Project by a nurse named Andrea (note,the jaunty topknot!). Apparently this stuff is like the duct tape of the hospital - caps like this are made for patients in the operating room, lengths of it are used under sequential leggings on legs and under blood pressure cuffs on arms and the like.

The idea for this hat's inclusion in the Project came from my sister-in-law (the brother's wife not the wife's sister) which means she deserves today's tip of the hat.

Oh, and Project sticklers need not worry about the timing of today's hat - rest assured that it is technically past the midnight hour here on the East Coast. West Coasters, you can simply think of this as a hat from the future -- but just for a few hours.