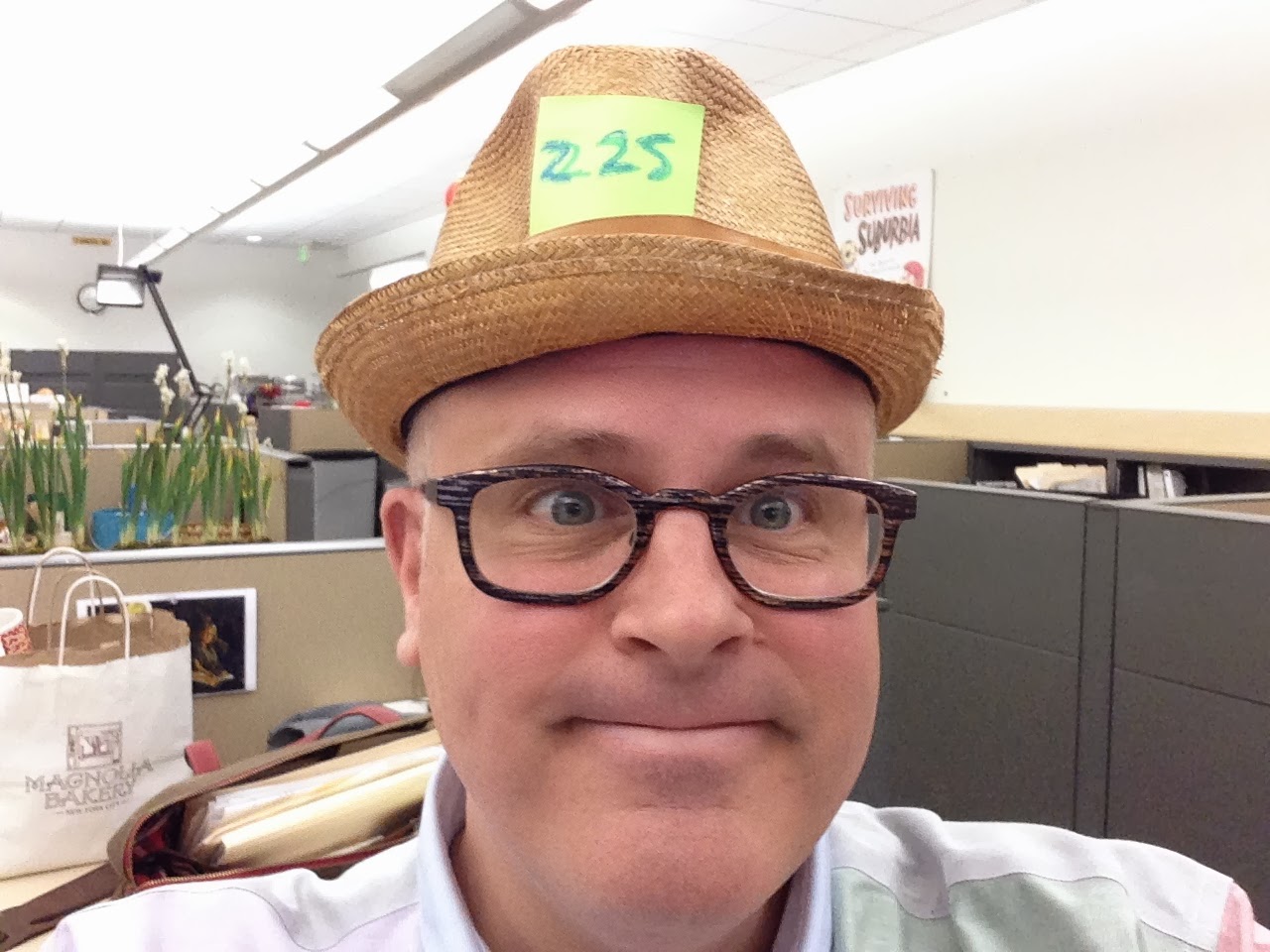 A loaner from the Ingrid Schmidt Hat Rack for Wayward Headgear, at first I thought this slightly crumpled hat had been left out in inclement weather -- having what appeared to be a rain-stained, dye-streaked hatband.  That was before I started looking into the "Bubble Player" (Kangol's name for the style), the description for which includes this detail: "The band pattern is created by using a bubble dye technique also from natural colourants."

This particular version is in a color described as "leaf." it's also available in  a turquoise shade called "lupine" -- which, in my humble hat-wearing opinion, looks more like an intentional design and less like accidental rain damage.

What is a "bubble dye technique" you ask? My cursory search of the interwebs did not turn up anything conclusive (though lots of references to Kangol hats), but one DIY website has an extensive tutorial on how to make a bubble-dye-printed T-shirt by literally blowing bubbles into a pan full of Rit dye.

I had a bit more luck with "parasisal" which, according to the Hats UK website, is a straw made from sisal and preferred by hatmakers because it is a more delicate "two over two" weave as opposed to the coarser "one over one" which is referred to as sisal  proper.