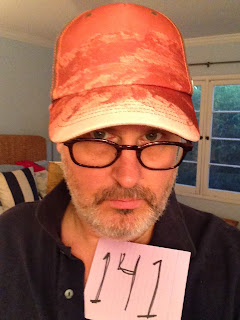 Back panels of hat are brown with orange contrast stitching and orange embroidery that reads: "Raw and Real." Because, of course, things don't get any rawer and realer than this cat.

It's late and that is all.