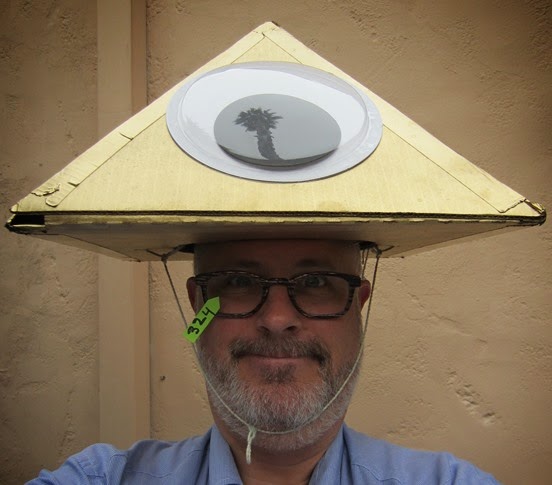 (If you look real close, you can see our palm tree Steve reflected in the googly eye - which I think adds an extra dash of Egyptian flair to the whole look.)

This fantastically pyramidal piece of headgear was graciously mailed in to the Project by a complete and total stranger by the name of Ryan O'Connor who sent me the following e-mail back on April 2, 2014:

I'm writing you from all the way on the East Coast due to a recent discovery of your quest to wear a hat a day for 500 days.  This is one of the most amazing blogs I've found. That being said I'd like to share with you a hat that I've recently produced with my friend Tiffany.

The back story here is we want to win a costume contest for an "Egyptian" themed party.  So what is more Egyptian than a pyramid, right?   I've attached some blueprints [omitted here] that we drew up the other day.  The only thing that this blueprint doesn't include is the 7-inch googly eye that we are putting on it tomorrow.

Our question is would you at all be interested in wearing this hat if we shipped it to you?
Let us know!

Of course I answered in the affirmative and asked him to provide a little bit of  background on himself and the building of the pyramid. This was his response on April 5 -- six days before a large box appeared on my doorstep:

So unfortunately I didn't exactly win the contest, but judging by the reactions of everyone at the event, I should have won the people's choice award for best costume.

That being said, Tiffany and I are done with the hat for now and it's currently making its journey to California via USPS!

We're pretty confident you're going to enjoy this hat as much as us and all of our new fans from last night.

As far as where I hang my pyramidal hat, I am a grad student at UConn and to break up the monotony of studying and working full time, I end up doing a lot of fun-spontaneous-random activities like this. Basically, I'm a very studious individual but as Tiffany put it 'we follow our whimsy in our spare time.'

This particular activity was an Egyptian themed party at a science museum here in Connecticut.  We were searching for Egyptian headdresses and came across your blog chock full o' great hats.

Keep us updated on the hat adventures and thanks for sporting this pyramid!" 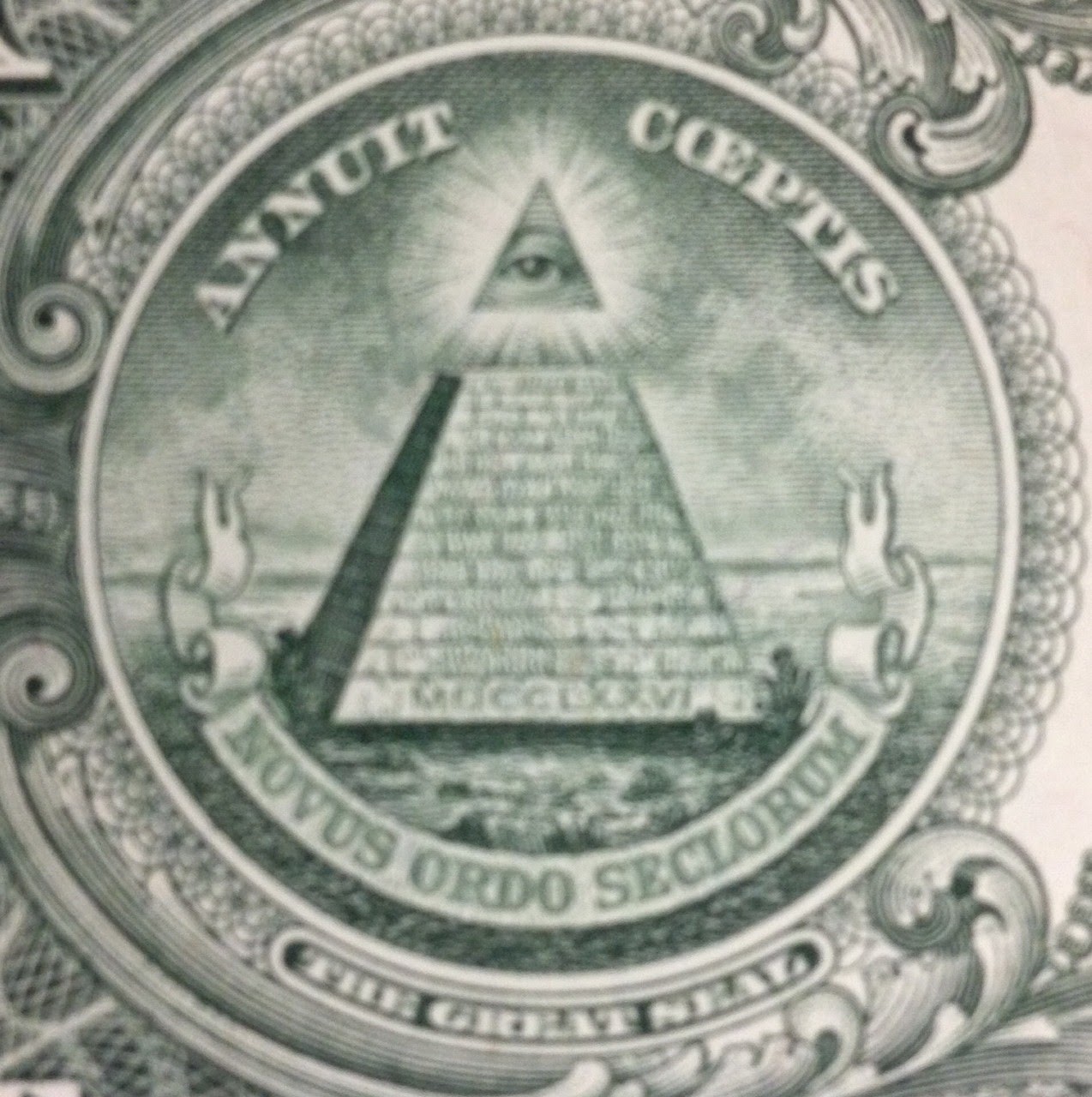 What Ryan doesn't explain -- but should be pretty clear to anyone with as much as a single dollar in their pocket -- is the reason for putting an eye on the top of the pyramid.

That would be a clear reference to the reverse side of the Great Seal of the United States. (I guess I never realized it, but this is technically what's on the back of the seal that we're familiar with from non-money settings -- the one with the bald eagle clutching olive branches and arrows.)

Ryan and Tiffany may not have won the costume contest, but as far as Project Cubbins is considered, their pyramid is right on the money! And for that, they get today's hat-tip - and a very sincere thank you.

The world doesn't have near enough whimsy so keep it up!

(You can e-mail me at: adam at adamtschorn.com)
Posted by Adam Tschorn at 10:24 AM