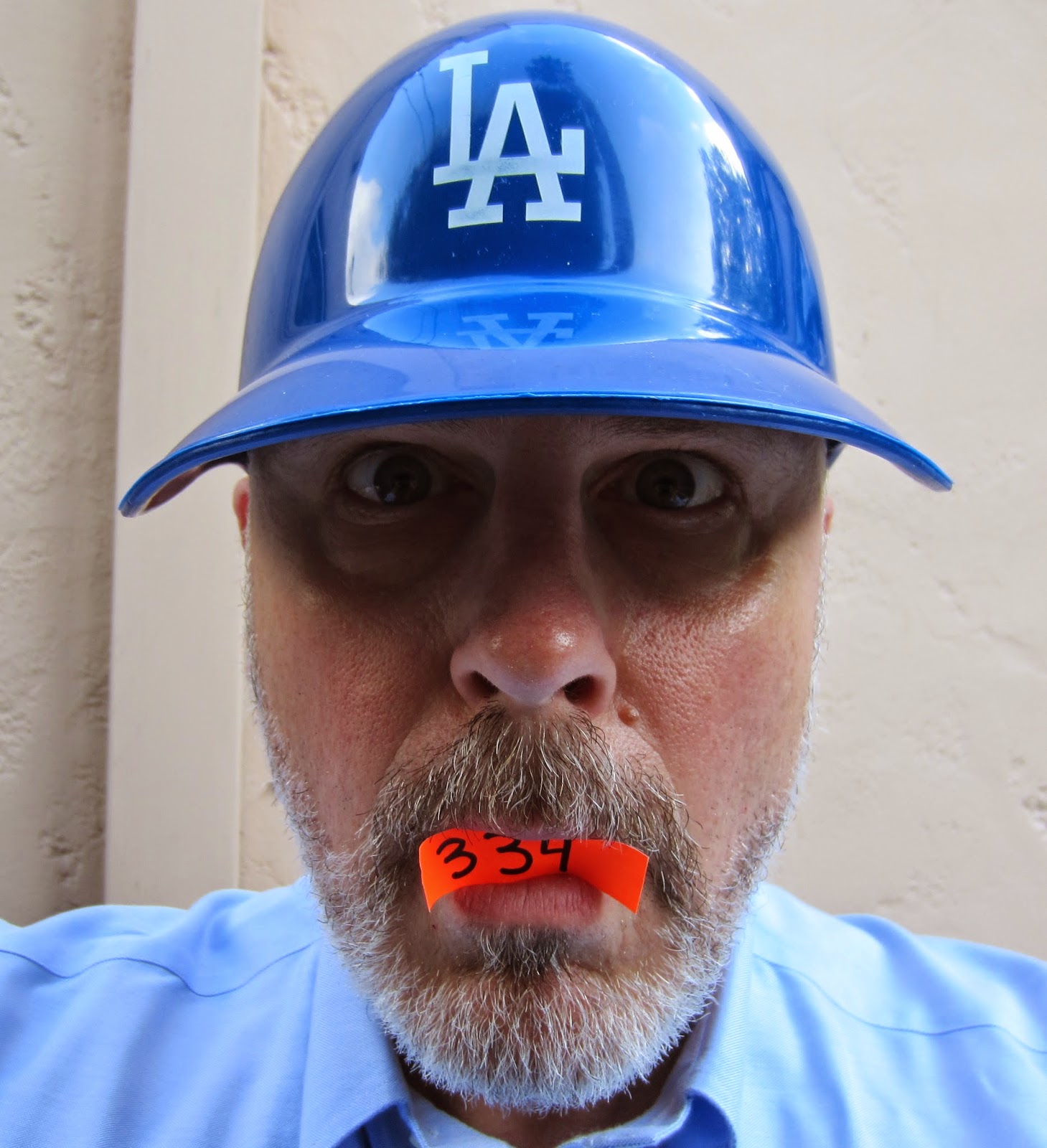 Although I'm at a loss as to what the "VWS" stands for, the MLBP no doubt stands for Major League Baseball Properties. (Formed in 1966, it functions as the in 1966 as the various ball clubs' agent for marketing and trademark licensing and protection.

This headgear was graciously loaned to the Project by fellow cube farmer and generous Project donor Jenn Harris who was at a Dodger game a few days ago.

This is clearly not one of the regulation batting helmets (no ear cover thingy for one) and the flat spot on the crown makes me think it is intended as a receptacle/bowl of sorts -- like the kind that might be used for a "home run ice cream sundae" or "dugout chips and guac" (Jenn does work in the Food section so it's not that much of a stretch.)

But I'm happy to report that, whatever the provenance, this Dodger keepsake came to me sans foodstuffs of any kind. And stay tuned for more Dodger-related headgear as I'm taking in my first game of the season at Dodger Stadium this weekend.

(You can e-mail me at: adam at adamtschorn.com)
Posted by Adam Tschorn at 7:48 AM

Hi Adam, your suspicions were correct. The hat was used to serve a giant portion of loaded Nachos :) The stadium is using them to serve nachos, soft serve and other items at the concession stands. -- Jenn Harris