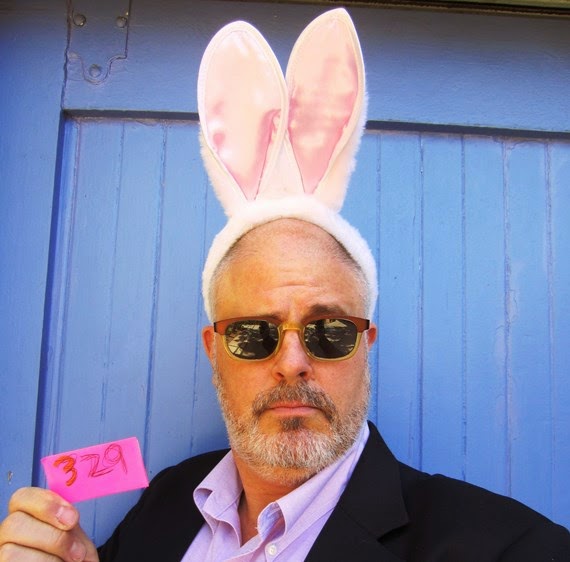 And what a holiday it's been - the Bride and I just returned to the homestead after what felt like a celebrity Easter egg hunt - every time we turned over a rock or walked out of a church service it seemed there was another bold-faced name (or two or three) in close proximity.

It started with "second church" (i.e. the contemporary service) at which we spotted "Law & Order" actor Sam Waterston. Post-churchin' we almost stumbled over Billy Bush (he of "Access Hollywood" fame) and family outside.

Then, in the lobby of The Beverly Hills Hotel I exchanged a curt but courteous "hello" with Mark Wahlberg who was there with his family --  and, just in case you were wondering, neither of us were wearing our ears at the time.

But things really kicked into high gear when Jay Z and Beyoncé and family (including Blue Ivy in the most ridiculously cute pair of bunny ears EVER) arrived at the Polo Lounge for Easter brunch. The Bride and I were a few tables away but, for a brief, shining, sun-fulled Easter afternoon, if you squinted just right, it felt for all the world like we were brunching it with one of the most famous couples in the pop culture universe.

Our dessert celebrity sighting? That would be John O' Hurley -- the guy who played J. Peterman on "Seinfeld" -- who waked past us on the way to his table as we were wrapping things up.

(You can e-mail me at: adam at adamtschorn.com)
Posted by Adam Tschorn at 3:56 PM