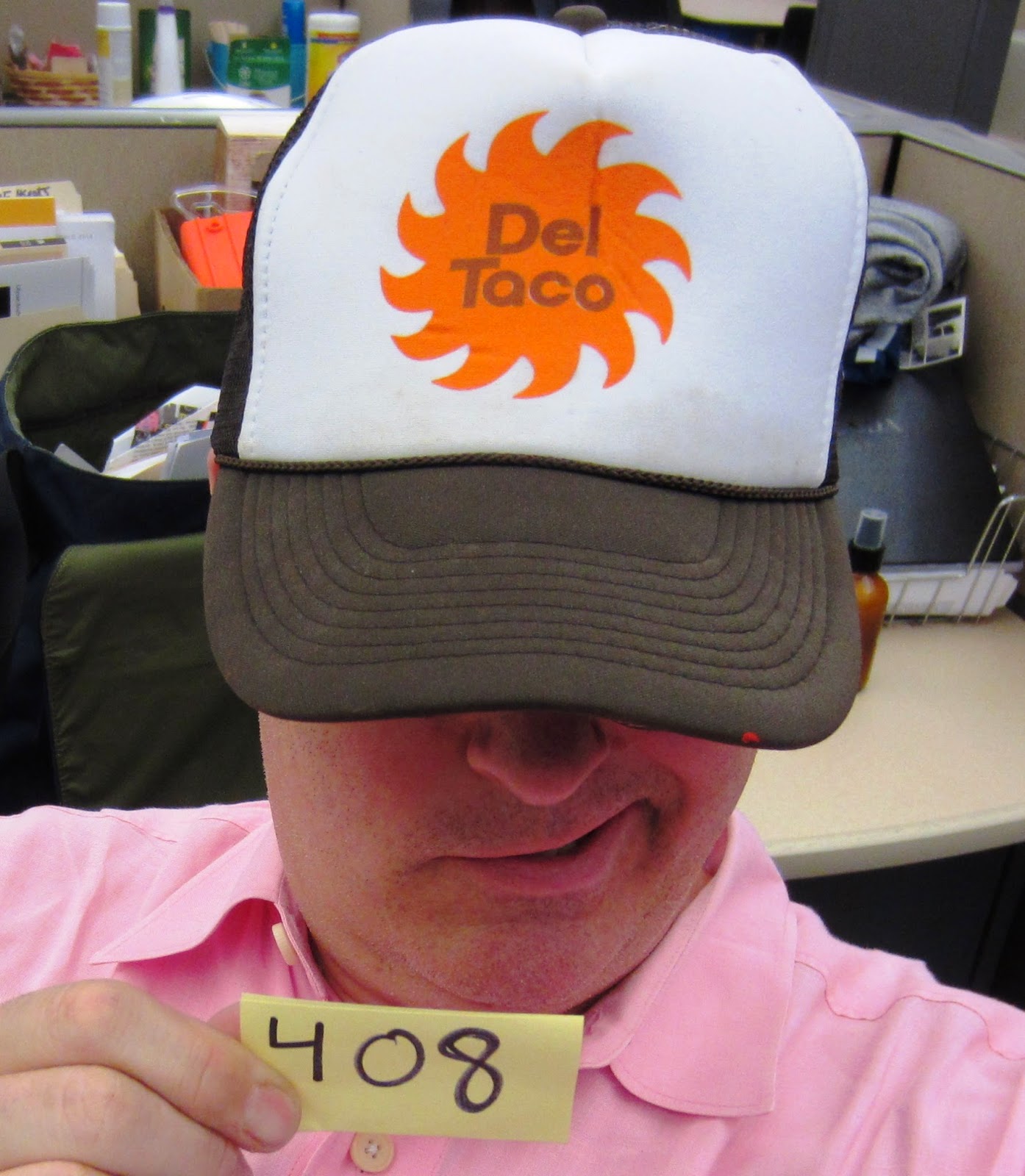 Loaned to the Project by my food section colleague Jenn Harris who had received it from the aforementioned taco-slinging concern as part of a campaign to highlight new (in JH's words) "retro-style menu offerings."

A few minutes of web-sleuthing and I'm in a position to lay this on you like a layer of shredded cheese:
Del Taco is actually in the midst of commemorating its 50th anniversary this year. According to a recent article in QSR magazine, the company started as a single restaurant back in 1964 and "served its first taco in Barstow." It's since grown to some 546 locations nationwide.

For anyone looking to accessorize in retro Del Taco style, the hat is available online through the company's web store.

*[I was about to describe this as sunburst design -- especially since a version of it appears in the current company logo rising over a green hillside, but Del Taco's own website refers to it as a "buzz saw design." A taco stand with a buzz-saw logo? Make of it what you will.]

A: One man's homage to Dr. Seuss and his second book, "The 500 Hats of Bartholemew Cubbins," which celebrated the 75th anniversary of its publication in 2013, Project Cubbins is an attempt to document the wearing of a different hat or piece of headgear every day for 500 consecutive days. No do-aheads, no banking of hats, no retroactive entries. PC started on May 27, 2013 with Hat 1.
Posted by Adam Tschorn at 5:08 PM