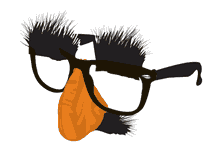 [One minute ago] -- Walid Hassan, a comedian who had appeared on Al-Sharqiyah TV's "Caricature" show, which mocks coalition forces, insurgents, militias and Iraq's government, was shot dead by insurgents while driving his car in western Baghdad today the AP reports.
"No more funny business, I guess," said White House spokesman Tony Snow when asked about the impact of the actor and comedian's death.
Posted by Adam Tschorn at 1:58 PM No comments:

The Hunt for White October 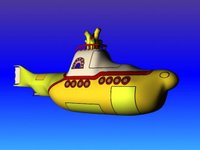 According to an AP report, the DEA and Costa Rican officials have intercepted a 50-foot homemade submarine packed with 3 tons of cocaine off Costa Rica's Pacific coast. The DEA would not release the names of the men taken into custody, but sources close to the investigation claim they are four British nationals known by the code names" "John," "Paul," George and "Ringo."
" We pulled the submarine over on Friday approximately 103 miles off the coast of Cabo Blanco in an area we call the Octopus's Garden," said Costa Rican Security Minister Fernando Berrocal. "For doing 100 knots in a 20 knot zone."
"The crew was acting real strange," said Berrocal. "One guy asked me if I wanted a revolution, and two seconds later the next guy asked me if I wanted to know a secret. Then the third one said all I needed was love. When the fourth fellow said he wanted to go back to the U.S.S.R. I became suspicious and placed them all under arrest."
Berrocal said authorities were still on the lookout for accomplices named by the crew including one Eleanor Rigby and a Sgt. Pepper. "That last one worries me," Berrocal told the Riff. "It suggests a contact within the military. But we'll break up this cartel with a little help from our friends."
Posted by Adam Tschorn at 10:37 AM No comments: