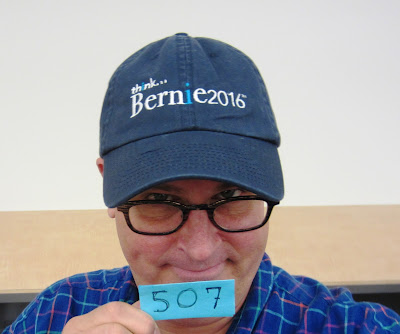 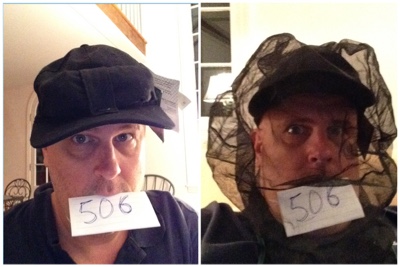 Black, 100% cotton, baseball-style cap with 100% polyester mosquito netting that rolls up and stores where the brim meets the crown and secures with a snap. Tags on the adjustable Velcro closure and on interior of hat read: "Little Fly." Interior tag gives the provenance of "Little Fly" as Quebec, Canada.
This cap, retail price $29.95, was purchased by my father-in-law for my sister-in-law for an upcoming trip to a place where mosquito bites can net you more than an itch.
Booth says the rolled-up netting part makes the hat look "Saint Bernardish." Thleen thought it deserved a place in the post-Cubbins canon and I concur.
Posted by Adam Tschorn at 6:09 PM No comments: