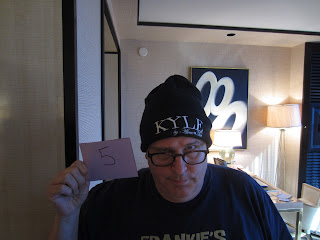 Day Five / Hat Five: Black knit cap embroidered with the store name Kyle by Alene Too. The first in what will be many in the "knit cap" series, this little number showed up in the office one day and gets lots of laughs every time it's worn.

The store is owned by Kyle Richards -- she of "The Real Housewives of Beverly Hills" fame and it is located at 9647 Brighton Way in Beverly Hills. My current location, however, is the 52nd floor of the Encore hotel (hence the stylish artwork in the background).

Posted by Adam Tschorn at 5:47 PM No comments: 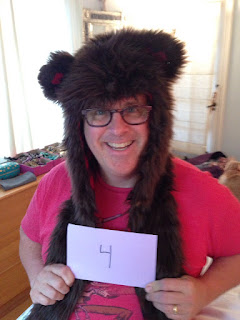 This was a Christmas gift from my sister-in-law (my wife's sister, not my brother's wife) and you can't really tell from the photo but it has a red and black buffalo plaid lining. You also can't tell that I'm wearing a Muppet T-shirt with Animal on it. I figured it fit the theme. 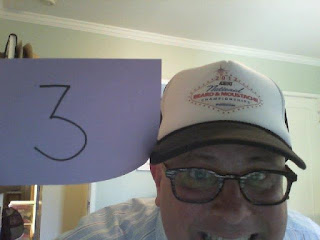 This hat was a memento from my stint as a judge at the third annual national facial hair face-off organized by Beard Team USA.

Did you know that trucker caps were one called (and may still be in some places) "seed caps"? That's because apparently the mesh back/foam front caps were once the kind of freebie given to farmers as promotions by seed companies.

Posted by Adam Tschorn at 5:14 PM No comments: 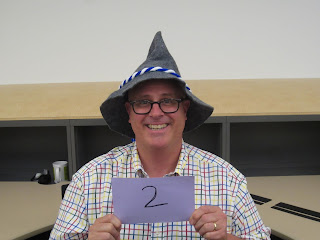 Day Two / Hat Two: According to my research on the interwebs, this is what's known as a Tyrolean hat (Vagabond Style). I suppose there are Tyrolean hobos ambling the Alps and if they were forced to make their own headgear, it might well look something like this. But, if you ask me it looks more like something a rural Vermont warlock might wear (here I'm thinking more Rutland and north warlocks).

This hat was a free "gift with purchase" (the purchase was a T-shirt) from the Bavarian Village in Hyde Park's Winter Wonderland during a whirlwind, year-end trip to the U.K. after Christmas and was purchased (um, gifted) around December 30, 2012.

That cat sure had hats

Return of the broad-brimmed hat

Project Cubbins: Day One / Hat One

Cedric the Entertainer throws his hat in the ring

Posted by Adam Tschorn at 3:56 PM No comments: 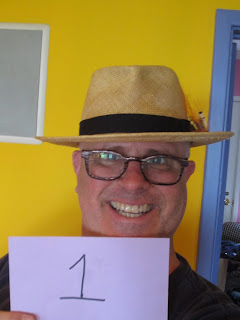 In honor of the 75th anniversary of the publication of  Dr. Seuss' second book "The 500 Hats of Bartholemew Cubbins" (which, as you can read in the link below, played a pivotal role in my own fascination with headgear), I've decided to try and challenge myself to 500 different hats over 500 days.

Hat One is a straw Scala hat purchased at the Carmel Hat Company on the occasion of a friend's wedding
and accessorized with Orvis fly-fishing flies.

The fantastical hats of Dr. Seuss set to land at Laguna Beach

The hierarchy of hats: A Q-and-A with "The Adjustment Bureau" costume designer

Posted by Adam Tschorn at 1:22 PM No comments: