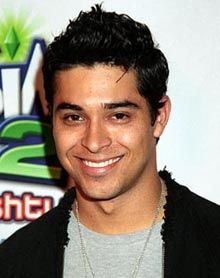 In a bid to reach the widest possible demographic, the world's largest retailer, Bentonville, Arkansas-based Wal-Mart has announced that it has secured naming rights to That '70s Show actor Wilmer Valderrama who will be required to legally change his name to "Wal-Mart Valderrama" for the duration of the six-year contract.
In return, the Miami-born actor, who parlayed a role as foreign-exchange student Fez into a stint as Lindsay Lohan's boy-toy, will receive a lump-sum payment of $19 million and avoid a shame-spiral straight into the "where are they now?" files while he awaits such career-validating performances on the big screen as "security guard" in Unaccompanied Minors and Francis "Ponch" Poncherello in a big-screen version of CHiPs.
Posted by Adam Tschorn at 3:47 PM