Project Cubbins: Hat 499 - The Cat with a Cat in the "Cat in the Hat" Hat Edition 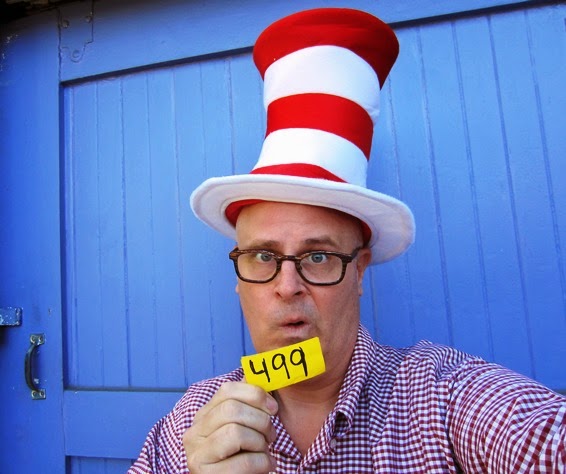 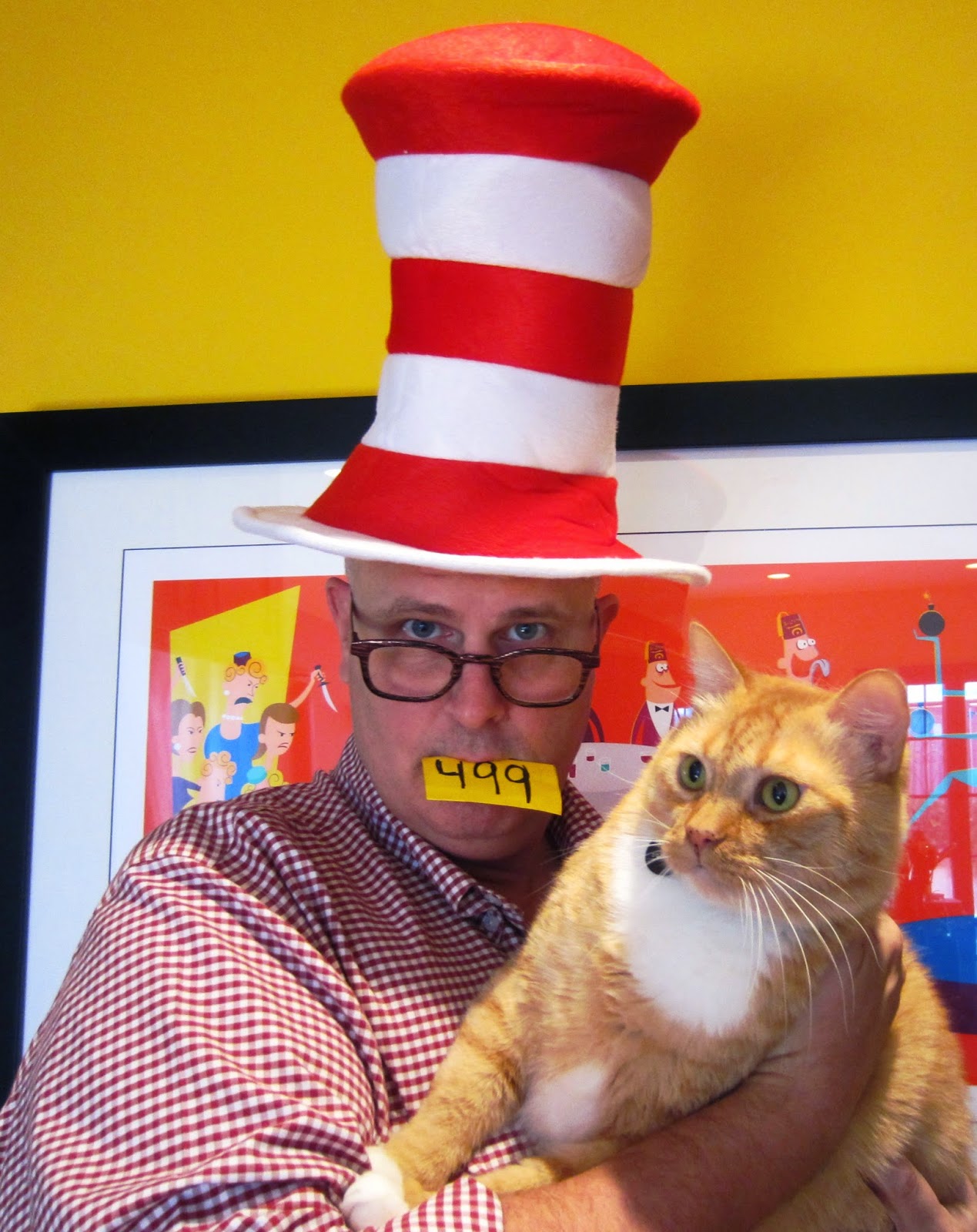 With the sun speedily setting on the Project, I felt it only appropriate for the penultimate piece, to pay homage to undoubtedly the most famous of all Seussian hats from the book "The Cat in the Hat" that catapulted (did you see what I just did there?) Dr. Seuss (aka Theodor Geisel) into literary fame in the years following its March 12, 1957, publication.

As an added bit of fun-time wordplay (look, I've only got so much slack left in the rope here folks) I had the Bride take a second shot of me in the "Cat in the Hat" hat - with our cat. The furry loaf of sunshine in my arms there is Bob and while, he was certainly not amused by the whole affair, at least he held still long enough to get the shot.

Of course our other cat Citrus (aka "Butterscotch Lightning") has had her own star turn over the course of the Project -- guest starring in the more than appropriately titled PC 274: "My Cat on my Hat."

Now it's onward and upward I go
With excitement -- and a little sorrow
Knowing that the one-hat-a-day
Game that I play
Comes to an end on the morrow.