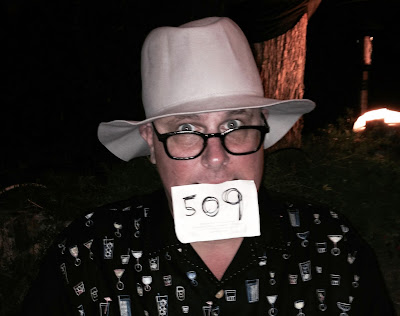 The hat was graciously provided for the occasion by one Ms. Dawn Klohs co-owner/proprietess of the famed A'maree's of Newport Beach during a funtastical four-day trip south of the border for a mutual friends 40th birthday party.

"It's beaver and it's from a company called Filù," Klohs said of this pliable lid's provenance, promptly pulling from her poncho pocket. A little additional e-sleuthing reveals that it is most likely the "Courchevel Camel" (in a color shade called "Ice" if we're not mistaken) from the 260-year-old Italian label's  Fall/Winter 2015 collection.

This was my first trip to the Mexican state of Guanjauato (which, I have it on good authority, translates to something approximating "frog mountain") but the Bride and I had such a blast I'm pretty confident it won't be our last.

Incidentally, this wasn't the only headgear to come out of the trip, either, but the story of sombrero dos is so amazing it belongs in a whole separate post.

So, an internationally flavored tip o' the hat to Dawn for furnishing the Filù (a label which she and her sister stock at the store) and a reminder to readers to throw their own hat in the ring for consideration here.

The only rule? No duplicate hats.