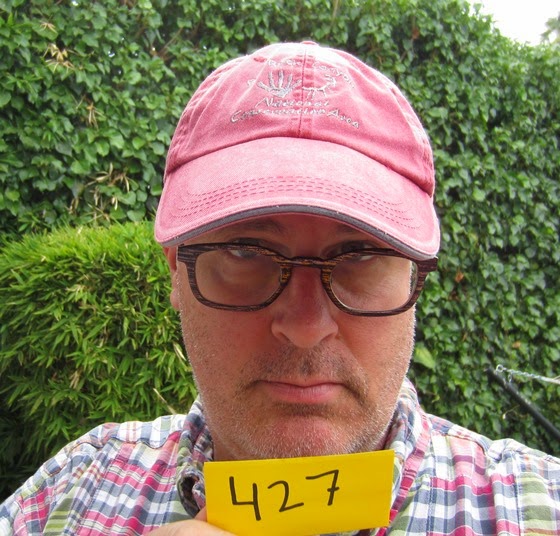 Located  in the Mojave Desert 17 miles west of the Las Vegas Strip, the 195,819-acre Red Rock Canyon is under the jurisdiction of the Department of the Interior's Bureau of Land Management and is well worth the trip even if it's just to drive the 13-mile scenic drive or check out the wildlife (if I recall correctly they've got an enclosure with some slow-moving shelled critters that I took a shine to) since it's a perfect antidote to the madness that is the Vegas Strip.

I ended up there one Easter weekend with the in-laws (trust me, nothing says: "He Is Risen" like the sun rising over Las Vegas on Easter morning) and it ended up being a very memorable experience all the way around. (BTW, the drive out to Red Rock Canyon gave rise to a very funny Shroud of Turin reference if I do say so myself.)

Q: OK, nice hat -- but what exactly is Project Cubbins, anyway?
A: One man's homage to Dr. Seuss and his second book, "The 500 Hats of Bartholemew Cubbins," which celebrated the 75th anniversary of its publication in 2013, Project Cubbins is an attempt to document the wearing of a different hat or piece of headgear every day for 500 consecutive days. No do-aheads, no banking of hats, no retroactive entries. PC started on May 27, 2013 with Hat 1.
Posted by Adam Tschorn at 2:23 PM