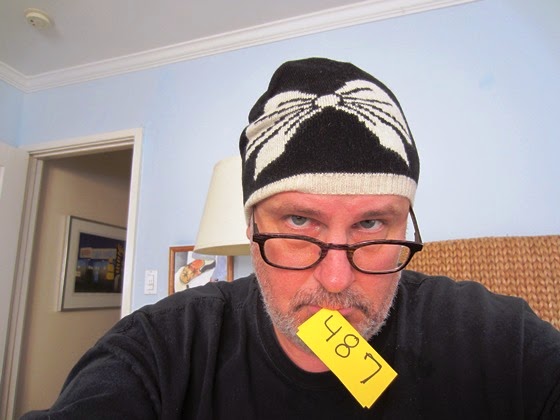 Laid up at home with a nasty cold today, I wasn't sure there were any hats left to grub from the Bride's closet but decide to delve in and see what I could find. I came up with this one relatively and was surprised I had yet to include it in the Project (you know how I love me a bow.)

She's currently far afield so I can't ask her about the provenance of the hat but I think that my original assumption that it was vintage is off base given the product number on the tag and the fact that Aqua is a brand that crops up quite readily on the interwebs with hats available for purchase.

I like to think of this as one of those visual play on words -- the Bride's beau in a bow.