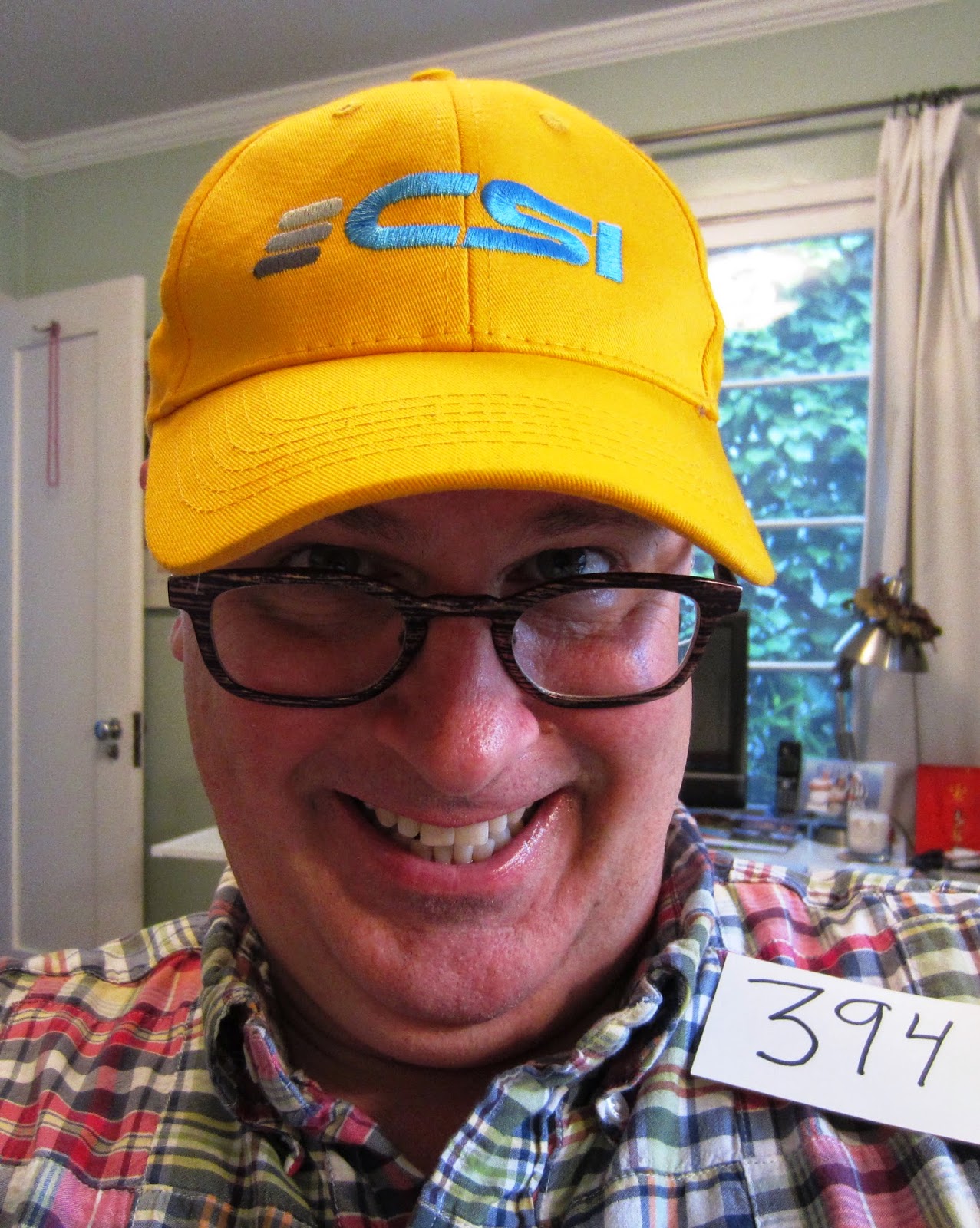 Day 394 / Hat 394: Mustard yellow, baseball-style cap with embroidery on front that consists of three horizontal bars (they look like Tic Tacs to me) in gray embroidery to the left of "CSI" embroidered in blue.Interior label reads: "Port & Company" and fabrication tag reads: "youth, 100% cotton, made in China."

Another of the recent Goodwill purchases, I schnibbed this lid (for all of $4.99) as the Bride is a huge fan of "CSI: Crime Scene Investigation" (well. all crime procedurals, actually). But as I sat down to write this entry I realized that even though this is is Hollywood and all, this hat probably has nothing to do with the show.

Why, you ask? Well, I'm no crime scene detective, but the logo font isn't the same as the faux typewriter one used on the show (which is apparently a typeface called "Clicker" in case you were wondering).

A cursory search ofr the interwebs turned up all kinds of logos for all kinds of things abbreviated CSI. Among them: Chartered Systems Integration (two interlocking Cs), Computer Society of India (blue triangular tiles) and the Canadian Sports Institute (not surprisingly, a red-and-white maple leaf design on a stylized hockey puck).

But there were two CSI name and logo combination that have characteristics very similar to those fond on the hat:: consulting engineers Civil Services, Inc. (which has the long tail of the S stretching back to meet the C) and the Construction Specification Institute, which has some horizontal line frippery to the left of the letters in it logo. If I was a betting man (and you know I am) I'd go with the latter as it's a national organiztion with local chapters nationwide (including one here ion L.A.) and it even has a page on its website to buy stuff (though there are no hats currently on offer there are polo shirts and lapel pins so it's not that much f a stretch).

Am I right? Did I collar the right suspect? I don't know, we'll have to wait for the forensics to come back from the lab.

I swear I can hear the evidence montage music playing right now ...