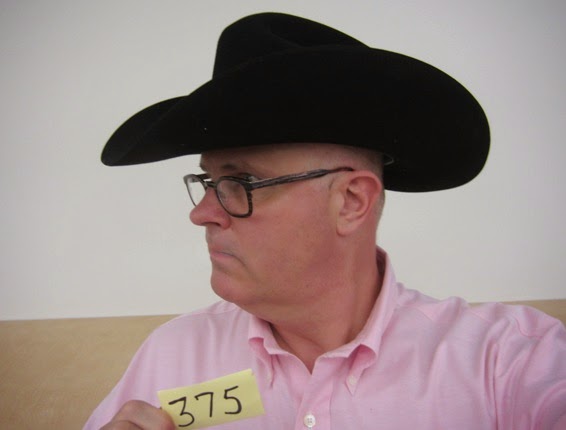 Day 375 / Hat 375:  Black, beaver felt cowboy hat with 4-inch, oval-shaped brim, 4 and 5/8-inch crown and black beaver felt hatband detail with metal and crystal belt-buckle-like embellishment. Interior leather sweatband printed with gold lettering reads: "John B. Stetson Company, 4X Beaver, made in USA," on one side and "XXXX Stetson Authentic X's" on the other. Size tag reads: "7 1/4 R." Another tag inside the hat identifies it as a style called "Spartan."

Silk lining inside crown has a multi-colored depiction of a cowboy giving his horse a drink of water from his own hat. (It's the same as the one seen here at PC 50 - my own Stetson and the first of the two Stetsons I've featured to date. The second one was PC 207: Six X Silverbelly.)

The third-to-last loaner from the amazingly bountiful MRBOH, I think this is one of the lids MR cribbed from her neighbor/friend/mechanic (the same one who provided the welder's helmet).

Not only is this hat is in pristine shape but it arrived at my desk in its original hat box which, I'l lhave to say is a thing of beauty all by itself. (So much so I've included a picture of it as well.) 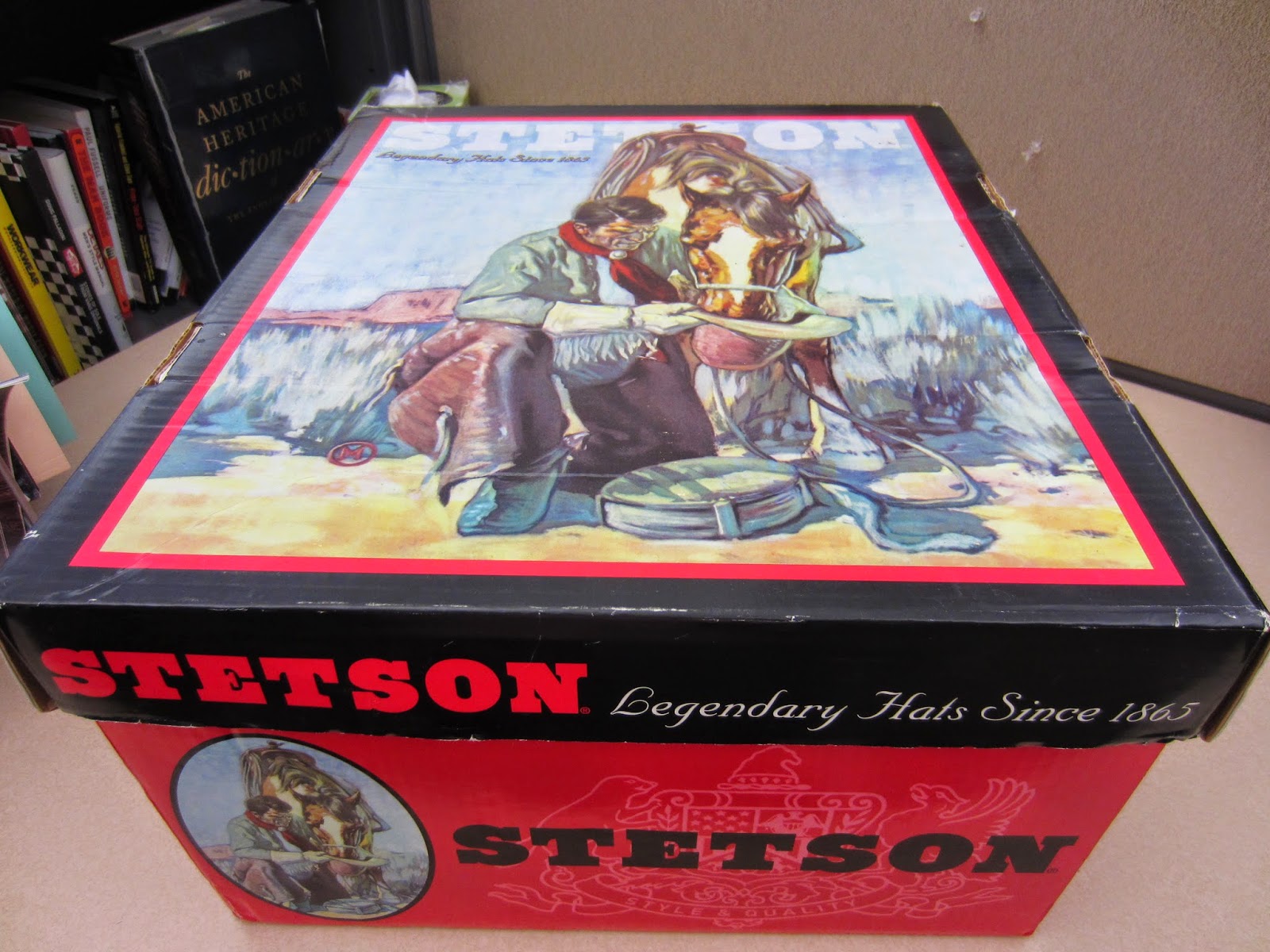 In seeing a 13 X 17 version of the cowboy-watering-his-horse artwork, I noticed two things:  One, the cowboy bears a striking resemblance to Ronald Reagan (though the artwork surely predates the cowboy-actor-president). Two, there's a cattle brand on the ground to the right of the aforementioned cowboy and it is the letter "M."

Just somethin'  I noticed, that's all.

Q: OK, nice hat -- but what exactly is Project Cubbins, anyway?
A: One man's homage to Dr. Seuss and his second book, "The 500 Hats of Bartholemew Cubbins," which celebrated the 75th anniversary of its publication in 2013, Project Cubbins is an attempt to document the wearing of a different hat or piece of headgear every day for 500 consecutive days. No do-aheads, no banking of hats, no retroactive entries. PC started on May 27, 2013 with Hat 1.
Posted by Adam Tschorn at 9:59 AM