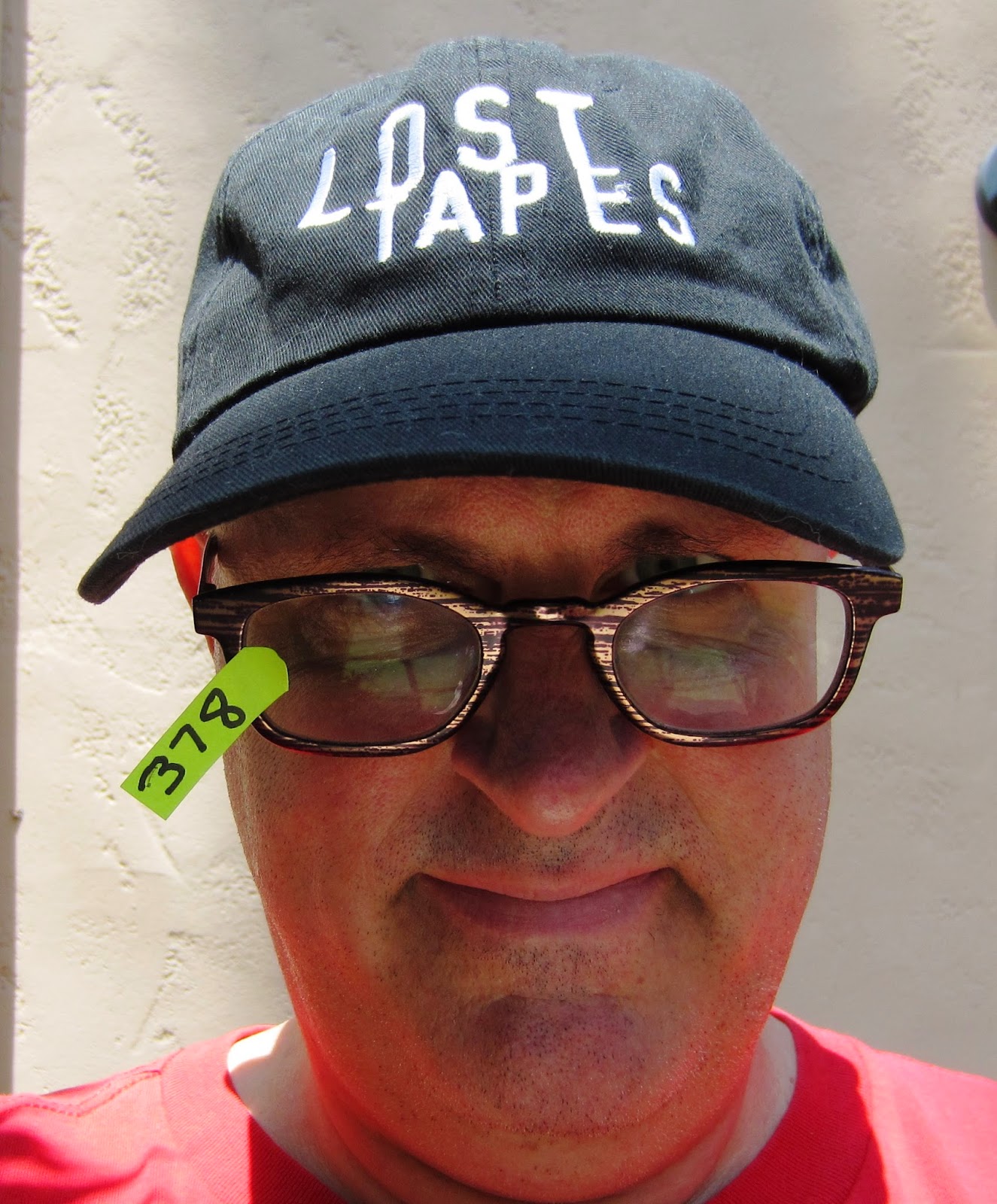 Graciously loaned to the Project by Brian Razanno (part of the same batch of loaners that gave us PC installments 365, 369 and 371) who was an editor on the show for three seasons.

He describes it thusly: "They were scripted short horror movies and each creature related to an animal to tie it together like vampires and bats or sea monsters and aquatic life. It had a cult following."

I'd actually forgotten that this hat was in the mix that Ruth and Brian handed me at Rosey and Dev's Memorial Day barbecue, and only discovered it while I was doing some Sunday afternoon defragging of the office. So you might say that I'd momentarily lost track of the "Lost Tapes" lid.

The hat-tip to Brian, who can rest assured the quartet of loaner lids is safe and sound and waiting to be reunited with its proper owners.

A: One man's homage to Dr. Seuss and his second book, "The 500 Hats of Bartholemew Cubbins," which celebrated the 75th anniversary of its publication in 2013, Project Cubbins is an attempt to document the wearing of a different hat or piece of headgear every day for 500 consecutive days. No do-aheads, no banking of hats, no retroactive entries. PC started on May 27, 2013 with Hat 1.
Posted by Adam Tschorn at 1:36 PM