Project Cubbins: Hat 371 - A Salute to the Captain Edition 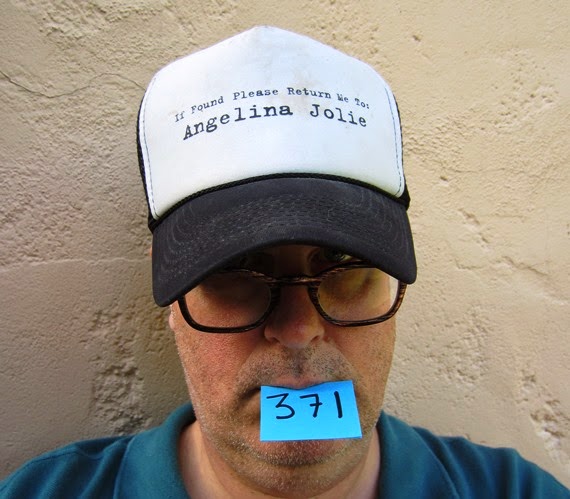 Loaned to the Project by Ruth O'Neill, this hat once belonged to her friend and downstairs neighbor whom she refers to as "The Captain," who passed away a few years back.

"He wore it without a trace of irony," Ruth said when she handed it to me. Later she emailed the following:

"I always describe him to people as one of the last real originals. And he would wear that hat proudly and in all seriousness, as though he might one day actually be returned to Angelina Jolie.

The hat was given to us as a remembrance from his nephew. That hat still makes me smile and think of him! It's funny the things that remind you of people. We miss him."

I've heard many tales of The Captain, and know the place he occupies in Ruth and Brian's hearts. The loan of this hat is incredibly gracious and part of me hopes that the great beyond sees fit to deliver him back to Angelina Jolie.

The hat-tip to Ruth and the assist goes to the dear, departed Captain..

Q: OK, nice hat -- but what exactly is Project Cubbins, anyway?A: One man's homage to Dr. Seuss and his second book, "The 500 Hats of Bartholemew Cubbins," which celebrated the 75th anniversary of its publication in 2013, Project Cubbins is an attempt to document the wearing of a different hat or piece of headgear every day for 500 consecutive days. No do-aheads, no banking of hats, no retroactive entries. PC started on May 27, 2013 with Hat 1.
Posted by Adam Tschorn at 6:35 PM