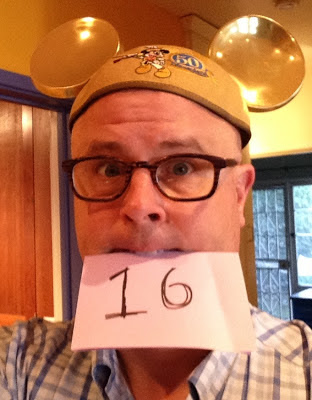 These ears were purchased during a particularly memorable visit to Disneyland during its 50th anniversary celebrations in which I was accompanied by my bride and my sister-in-law.

My insistence on wearing the hat  for the entirety of the visit was the source of much mirth. I think it makes me look like the fat kid with the buzz cut from Gary Larson's "The Far Side."

By the way, according to the Los Angeles Times' Hugo Martin, Disney theme parks have offered over 200 different varieties of mouse ears for guest to purchase.