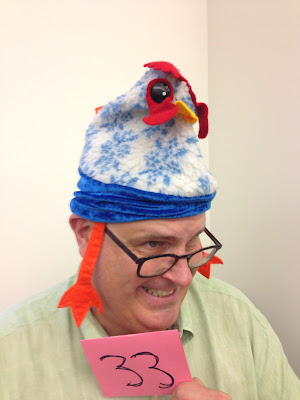 "It's seen plenty of chicken dancing and drinking but it doesn't remember much else," she says.

And if you think she's joking about the use of poultry hats to celebrate Oktoberfest, then you probably haven't been to ChickenHat.com. It may be egg-zactly what you need on Friday.