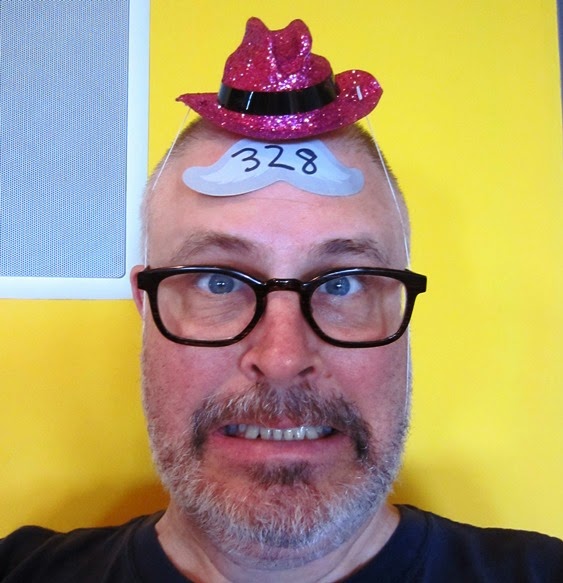 This is the second hat plucked from the freshly acquired MRBOH (the first was yesterday's) and if a traditional cowboy hat (like the Stetson I sported back at PC 50) is considered a ten gallon hat, then this one is probably a three-ounce version at best.

I don't have a problem with that though because where I come from, three ounces is equivalent two shots (aka jiggers) of alcohol. Which means, in essence, I'm wearing a double-shot cowboy hat.

As for the pink sparkly hue? Let's just say it matches my saddle and spurs perfectly.

(You can e-mail me at: adam at adamtschorn.com)
Posted by Adam Tschorn at 2:28 PM