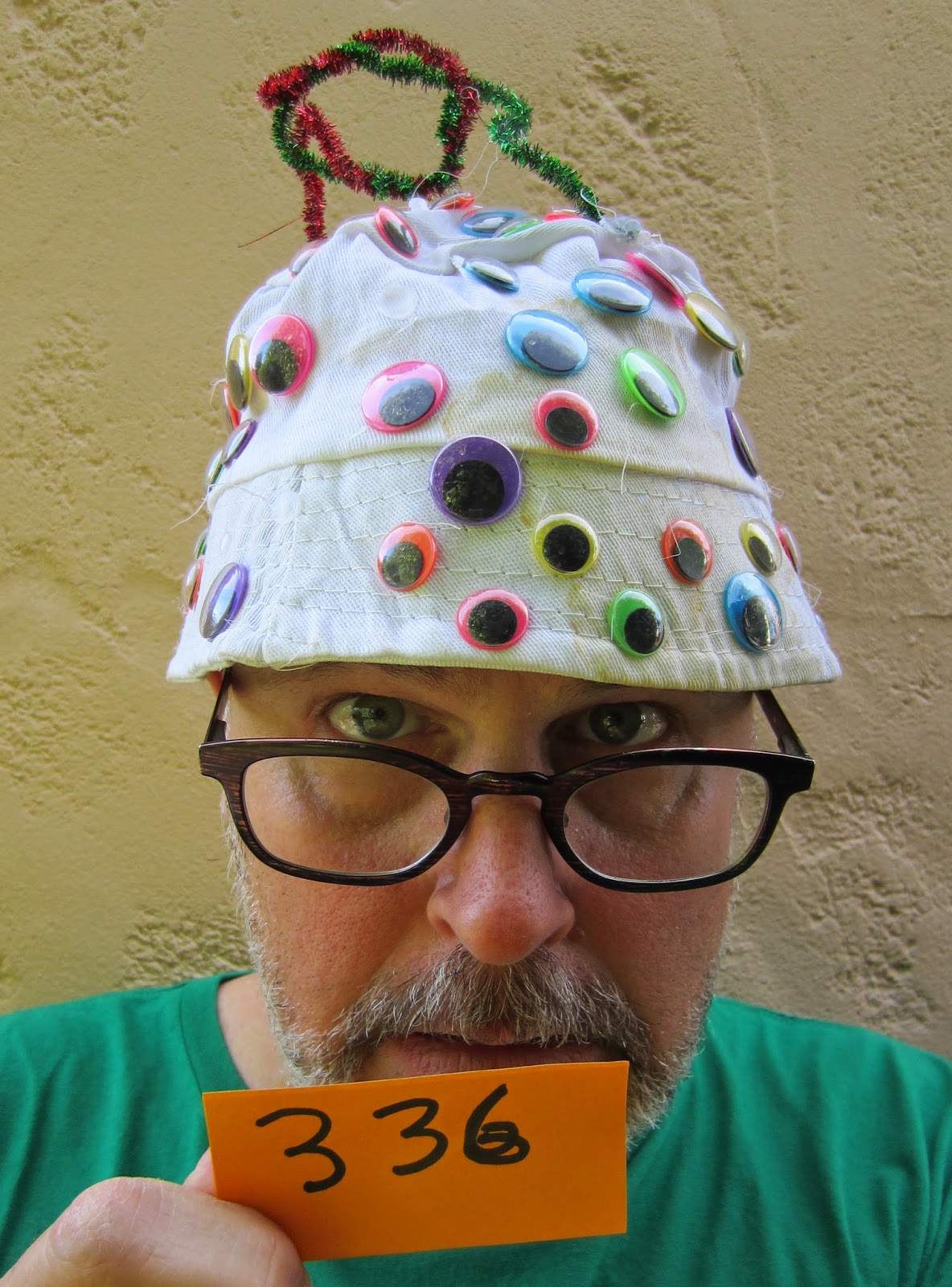 Plucked for the project from the MRBOH, I can only imagine the googly eye details were an after-market modification to the original hat. A quick eye census found 81 on hat with clear glue spots where another baker's dozen might have once resided.

I have no idea what this hat's back story is, but it brought such a smile to my face, I couldn't help but post it as soon as I saw it.

[Updated 4/28/2014, 9:47 a.m.] Post-publication, I e-mailed Marilyn who sent the following explanation: "The hat is about three years old, it was hand-crafted by Javier Sanches for his 1st grade ([he's] now [in] 4th grade) 100 day project. And, you're right -- there are some google eyes missing. The hat was given to each student and they were free to decorate with 100 of whatever they wanted."

Which makes the original eye census an even 100! (In my haste to count I'd probably low-balled the ocular orb count by at least 10 and there's close to 10 missing which gets us right where we need to be.)

The hat-tip to Javier on that one! The eyes definitely have it.

(You can e-mail me at: adam at adamtschorn.com)
Posted by Adam Tschorn at 4:37 PM