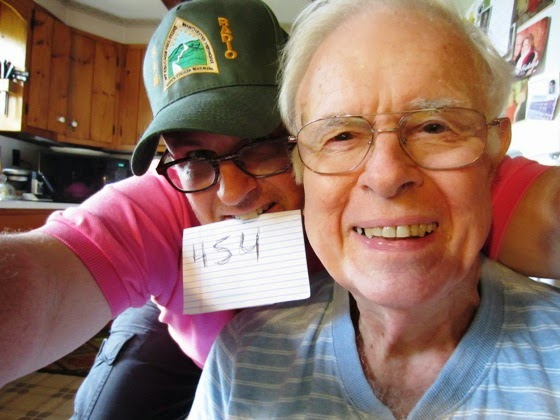 Day 454 / Hat 454: Forest green baseball-style cap with yellow embroidery on front that reads: "HAM RADIO" vertically on either side of multi-color embroidered patch that reads: "Mount Equinox Hill Climb Manchester Vermont, VSCCA Course Marshal" with  a stylized depiction of the drive up Mt. Equinox in the center. Additional detail includes yellow embroidery on back that reads "WA1DMT," and interior label that reads: "Otto Quality Headwear, one size fits most, 31-538, 100% cotton, made in China."

WA1DMT is my dad's ham radio call sign (my mom's is WA1DMU in ham radio jargon she's his YF) and the hat is a souvenir from, in his recollection, "two years ago when Steve Siddell had them made for the radio operators." (That's my daddy-o right there with me in the above photo. We were kickin' it old school at the homestead today.)

The VSCCA is the Vintage Sports Car Club of America, and every year since I can't remember when, they've raced their vintage cars up the the five-mile private road to the summit of Mount Equinox. 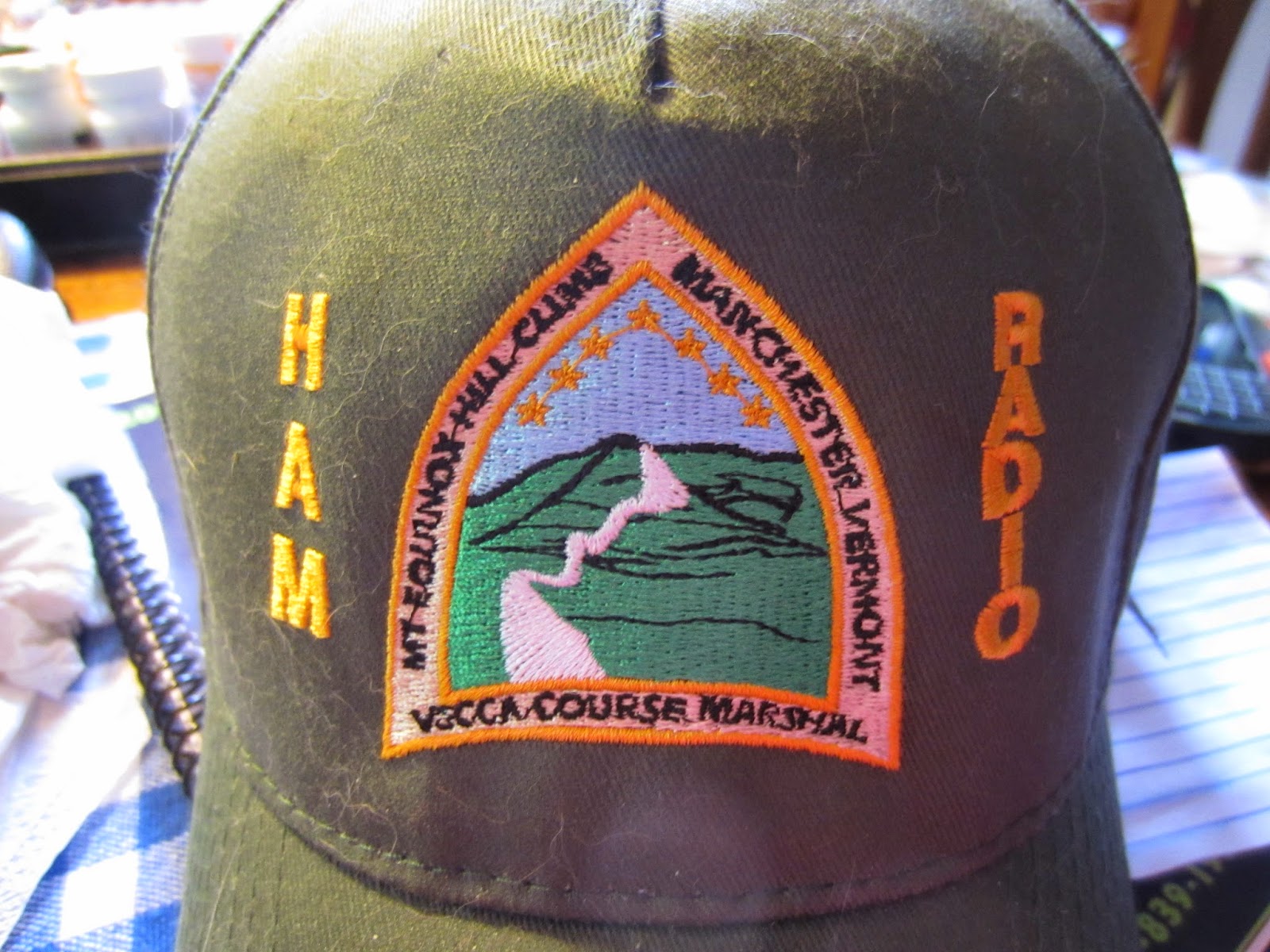 The volunteer ham radio operators act as check points along the way, sending confirmation that a car has
made that far or raising a warning if it hasn't. As a kid I used to tag along as a flag boy, standing out there with a yellow caution flag if necessary.

I never got into the radio stuff the way my dad did, but you'll probably agree I doubled done on the ham part.

A hat tip to my dad. You don't need a radio to broadcast how awesome he is.

A: One man's homage to Dr. Seuss and his second book, "The 500 Hats of Bartholemew Cubbins," which celebrated the 75th anniversary of its publication in 2013, Project Cubbins is an attempt to document the wearing of a different hat or piece of headgear every day for 500 consecutive days. No do-aheads, no banking of hats, no retroactive entries. PC started on May 27, 2013 with Hat 1.
Posted by Adam Tschorn at 6:05 PM