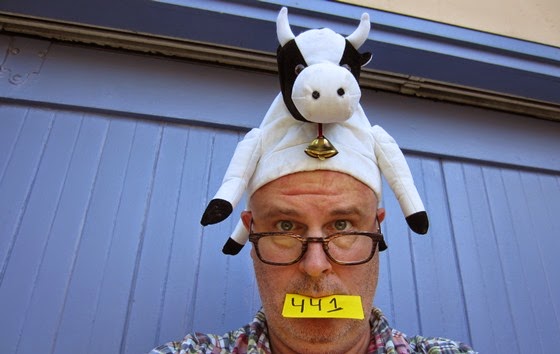 Day 441 / Hat 441: Plush black and white cow hat.  Additional detail includes white horns, black hooves, hard plastic eyes and tiny cowbell at the neck secured by a red string. It should be noted that the cowbell makes a joyful tinkling sound as the wearer walks.

This is the sophomore entry from the DSAOH and, based on my deep bench of knowledge on all things bovine I can tell you with a great degree of confidence the black and white markings on this one that it's a Holstein a breed known for its high-volume milk output. 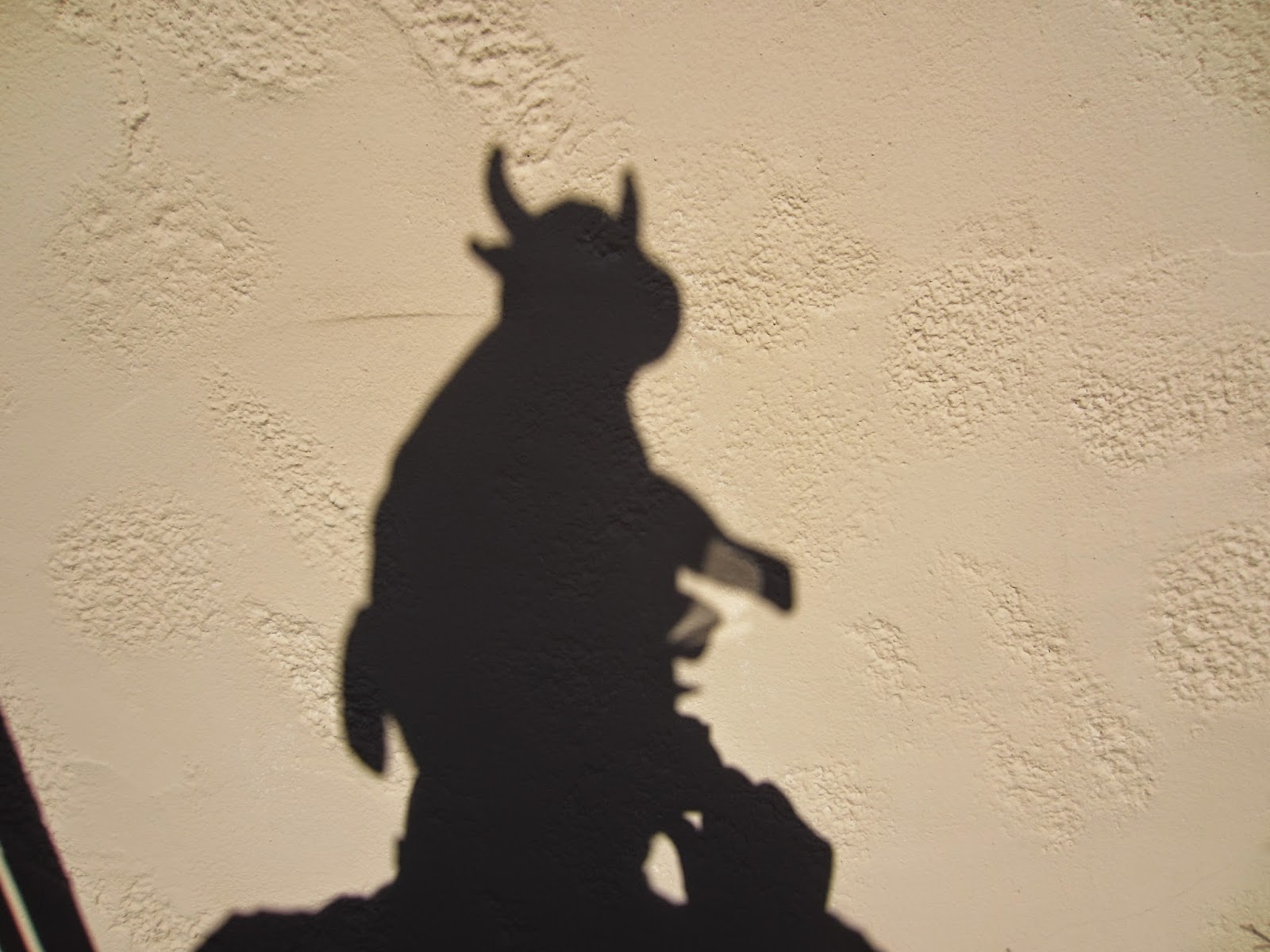 On the right is my cow-bearing silhouette which I spotted out of the corner of my eye on the way back in from snapping the photo outside. It made my laugh

While the tip of the hat goes to Dianna for the loan, the cow hat demands the assist go to my mom whose "spirit animal," as it were, has somehow, over the years, turned out to be the cow.  She even dressed as a cow for one Halloween at the Wayside (yes, it was an udder freak show.)