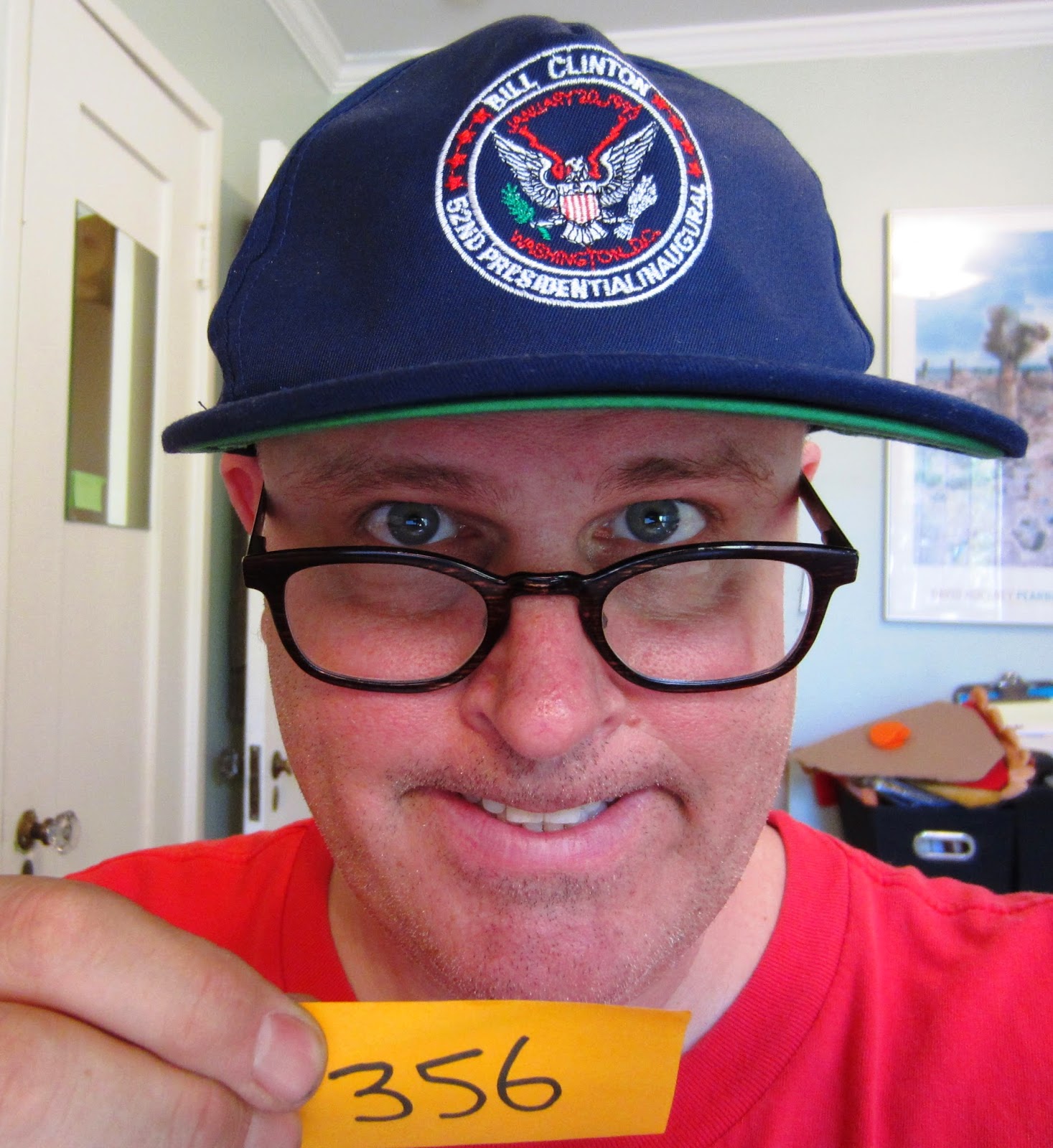 This hat, which arrived by U.S. mail just yesterday, was graciously loaned to the Project by VLS classmate Fred Zeytoonjian who currently works in our nation's capital (his business card reads: "Manager, State & Local Government Affairs - East" - though I have to confess I don't know what that means - I haven't actually had an IRL conversation with Fred in more than two decades.

The note accompanying the hat describes its provenance as follows: "As promised, here's a hat for Project Cubbins. I purchased it in D.C. from a street vendor while attending Clinton's 1st inaugural on 1/20/93."

A little trivia about the Seal of the President of the United States of America: You probably know that the dexter (right) talon clutches an olive branch and the sinister (left) holds a bundle of arrows. What you may ot know is that there are precisely 13 arrows clutched in that there sinister talon.

The hat-tip to Zeytoonjian, the assist to an unnamed street vendor in our nation's capital and an obligatory honorable mention to POTUS #42.

[Updated 5/17/2014, 6:10 p.m. PDT: Shortly after I posted the hat, Fred posted to Facebook to let me know the brim of the hat actually snaps open to reveal a pop-up cut out scene of the Clinton family, Al Gore, the White House and the Capitol Building against the backdrop of Washington, D.C. I wouldn't be doing my appropriate hat-related duties if I didn't share this news -- and post a photo below. This feature vaults Fred's contribution right into my top ten favorites to date.] 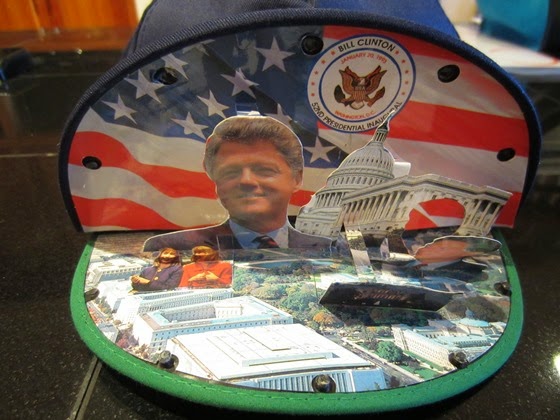 A: One man's homage to Dr. Seuss and his second book, "The 500 Hats of Bartholemew Cubbins," which celebrated the 75th anniversary of its publication in 2013, Project Cubbins is an attempt to document the wearing of a different hat or piece of headgear every day for 500 consecutive days. No do-aheads, no banking of hats, no retroactive entries. PC started on May 27, 2013 with Hat 1.
Posted by Adam Tschorn at 4:52 PM