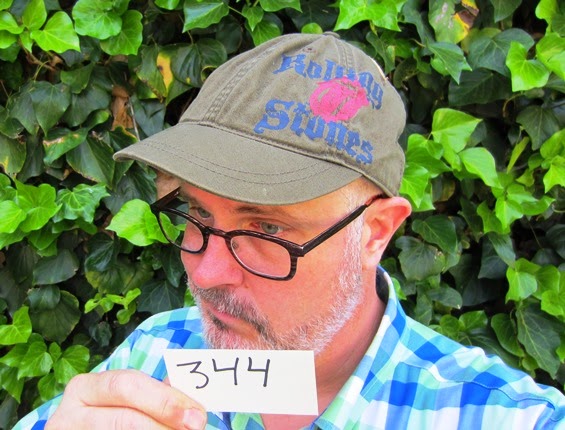 Day 344 / Hat 344: Olive-drab-colored baseball style hat with Rolling Stones name screen printed in weather black stencil -like letters and the Stones lips and tongue logo in red. Adjustable closure. Interior label reads: "Rolling Stones" and interior tag reads: "Concept One Accessories" on front and "100% cotton, made in China" on back.

Plucked from the MRBOH this morning, this actually marks the second RS-related lid to be included in the Project (the first was way back at PC 200).


A: One man's homage to Dr. Seuss and his second book, "The 500 Hats of Bartholemew Cubbins," which celebrated the 75th anniversary of its publication in 2013, Project Cubbins is an attempt to document the wearing of a different hat or piece of headgear every day for 500 consecutive days. No do-aheads, no banking of hats, no retroactive entries. PC started on May 27, 2013 with Hat 1.
Posted by Adam Tschorn at 9:27 AM