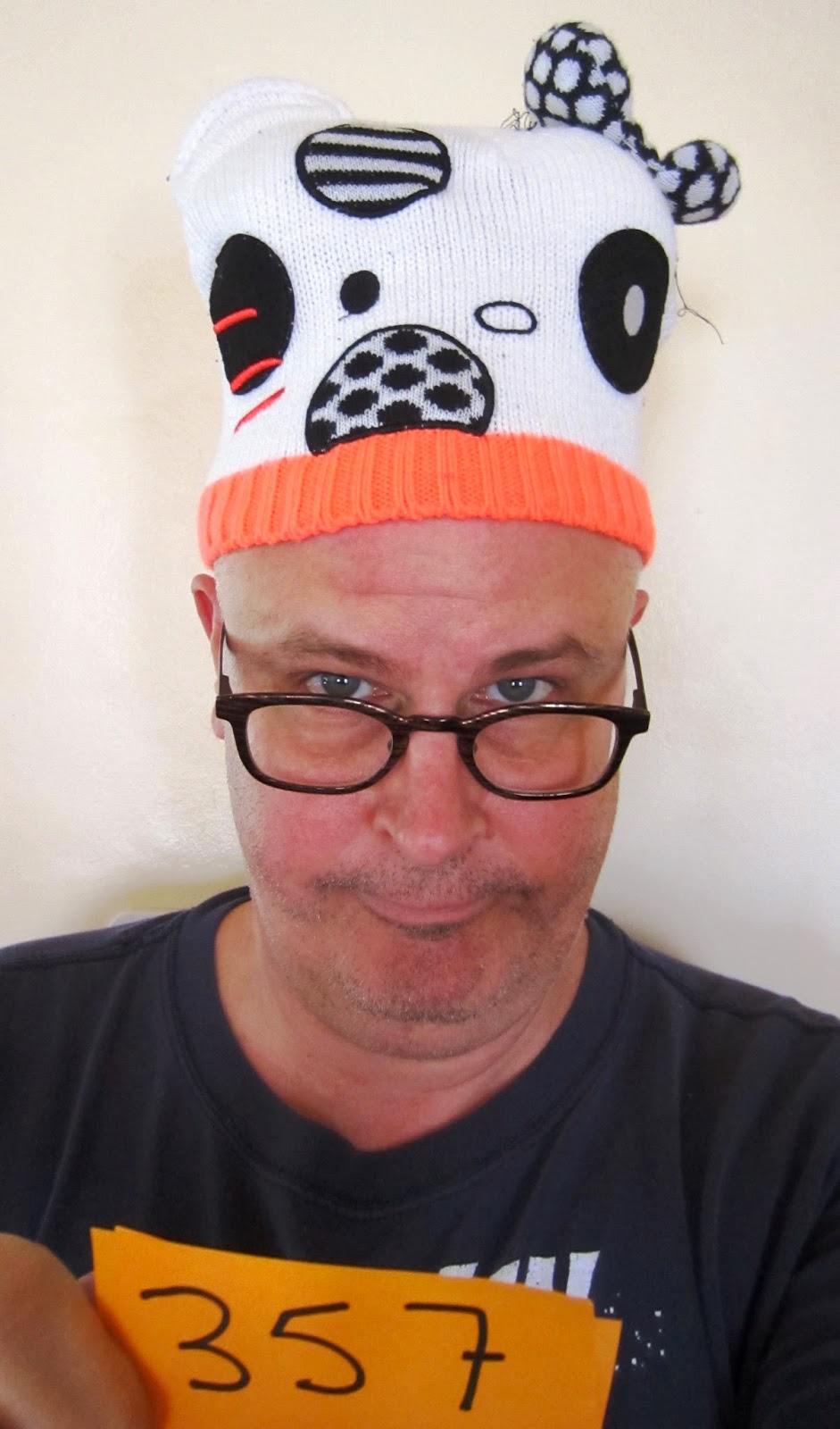 Additional details include stylized whiskers in red embroidery, a puffy black bow tie  with white polka dots affixed near the left ear and black, cursive embroidery on back that reads: "Hello Kitty."

Plucked for the Project from the MRBOH, it's the second HK-themed hat I've featured (the first was PC 339 - also graciously on loan from my co-wporker Marilyn Ruiz).

And no, it doesn't have that kind of vertical height all by itself, I had to stuff this lid to get the details to show a little better.

And in case anyone's keeping track (I am) this marks the 13th piece of headgear plucked from the MRBOH - and I doubt I'm even halfway through it.

A: One man's homage to Dr. Seuss and his second book, "The 500 Hats of Bartholemew Cubbins," which celebrated the 75th anniversary of its publication in 2013, Project Cubbins is an attempt to document the wearing of a different hat or piece of headgear every day for 500 consecutive days. No do-aheads, no banking of hats, no retroactive entries. PC started on May 27, 2013 with Hat 1.
Posted by Adam Tschorn at 2:54 PM