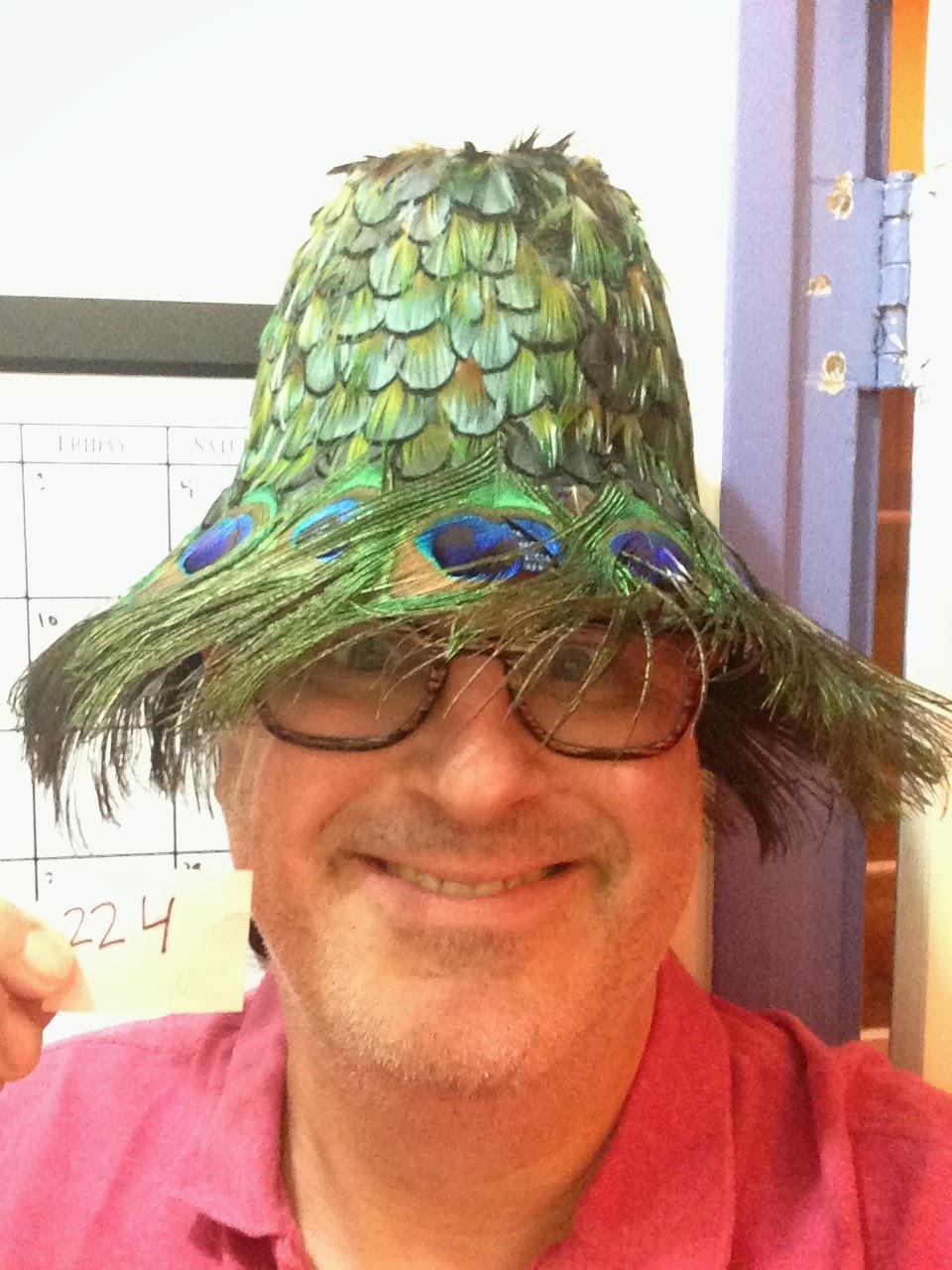 This fine-feathered fashion find is from the Bride's extensive headwear collection. She says she picked it up at the Prada store at the Desert Premium Outlets on the way to Palm Springs. "It was one of the best outlet finds I've ever scored," she says of having procured said peacockery.

Based on my cursory research, it appears this hat was part of the Spring/Summer 2005 runway collection shown in Milan back in September of 2004.

What I couldn't easily ascertain is why the hang tag uses the word fenic. "Cappello" translates from Italian as "hat," (and "cap" is apparently the same in both languages), "piume" means "plumage" and I expected trusty Google Translate to tell me that "fenic" meant "peacock." So I was surprised that it came up empty -- and asked: "Did you mean: fenice?" I don't think I did, but apparently "fenice" translates as "phoenix" -- a mythical bird with eye-catching plumage no doubt, but no peacock (which, by the way, is pavone in Italian).

Whatever the answer is, there's no denying it's Prada plumage at its finest -- so today's tip o' the feathered cap goes to the Bride for the loan.