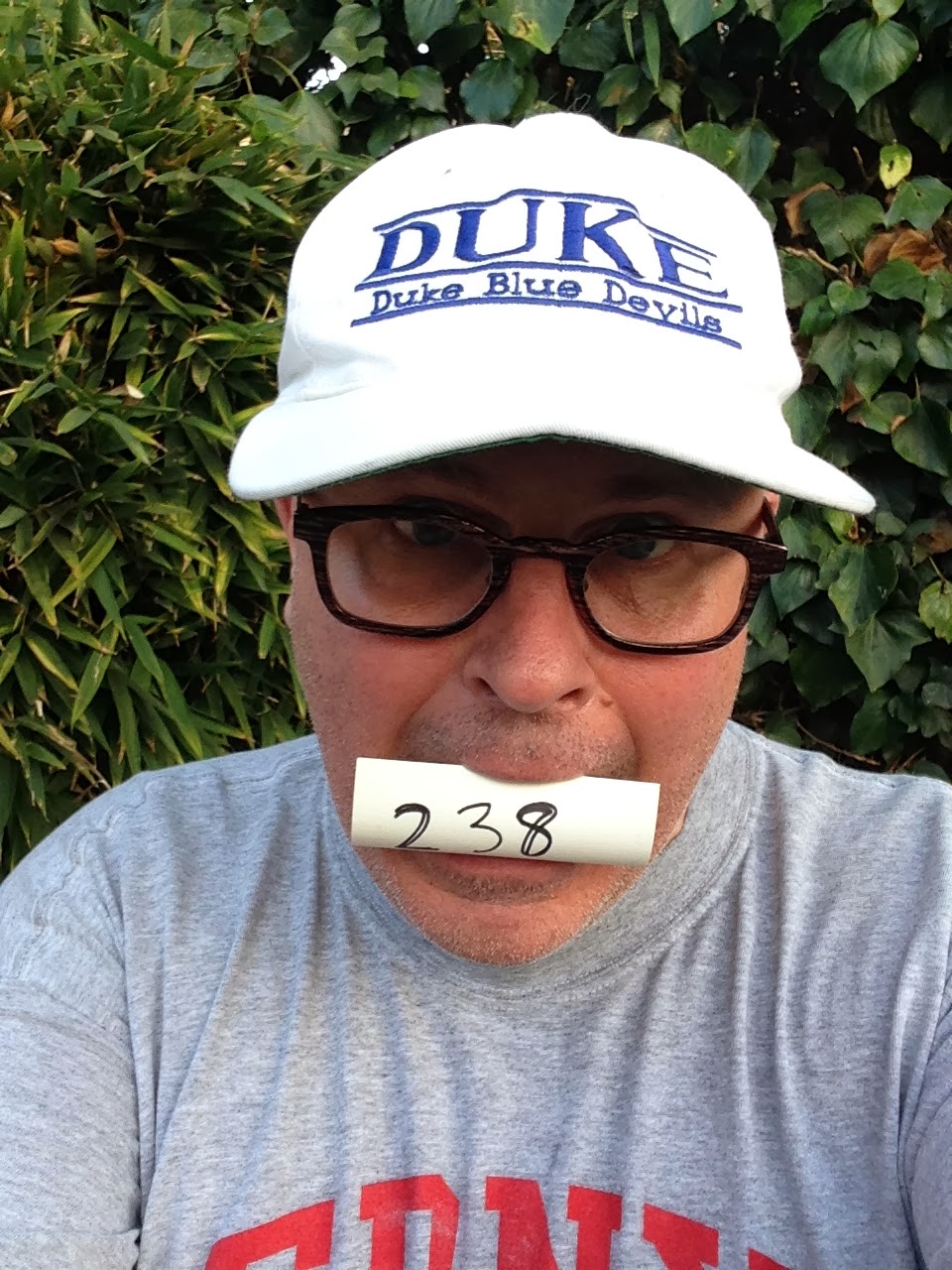 This hat is loaned to the Project from the Bride's vast headgear collection and she says she thinks she's had it ever since she was a student at Duke University (her 20th-year reunion happens to be this year).

Why is Duke University's mascot a blue-hued devil instead of, say, a red one? Funny you should ask -- I was thinking the very same thing. Luckily William E. King (the university archivist from 1972-2002)  has addressed that topic in an article at the Duke University Library website titled: "Why a Blue Devil? The Story of the Duke Mascot."

There's a good deal of nuance to it, but in sum, the name traces all the way back to the World War I French soldiers known as Chasseurs Alpin who were nicknamed les Diables Bleus due to their distinctive blue uniform "with flowing cape and jaunty beret."

How the nickname went from being applied to mountain-savvy soldiers to a North Carolinian sports mascot is the nuance part.

A tip of the Blue Devil horns to the Bride for the loaner.


Q: OK, nice hat -- but what exactly is Project Cubbins, anyway?
A: One man's homage to Dr. Seuss and his second book, "The 500 Hats of Bartholemew Cubbins," which is celebrating the 75th anniversary of its publication in 2013, Project Cubbins is an attempt to document the wearing of a different hat or piece of headgear every day for 500 consecutive days. No do-aheads, no banking of hats, no retroactive entries. PC started on May 27, 2013 with Hat 1. Got hats? If you loan 'em, you'll get e'm back safe and sound!
Posted by Adam Tschorn at 5:10 PM