Project Cubbins: Hat 250 - A Serving of Porkpie Takes Me "Hatfway" to 500 Edition 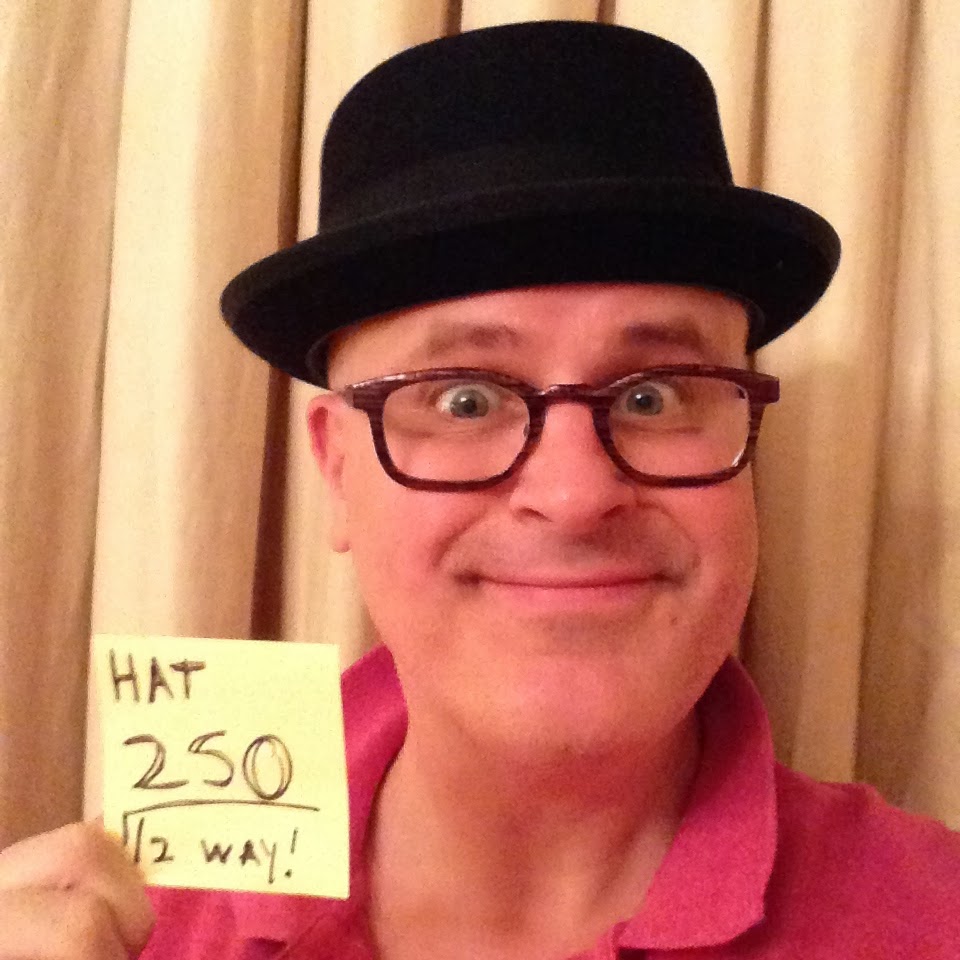 What makes it a porkpie (also spelled as two words "pork pie") is the distinctive shape and crease of the crown. Perhaps it actually does resemble the delicious-sounding pork-and-pastry foodstuff it's named after but I've never laid eyes on (much less consumed) a pork pie.

Despite the name, the hats aren't actually made in Hollywood, a second attached hangtag says "Bailey Fur Felts are made in our Pennsylvania factory from premium European beaver and rabbit fur felt hoods."

A distinctive lid for a distinctive guy, famous on-screen sporters of same include Walter White's "Heisenberg" alter ego in "Breaking Bad," Art Carney's Ed Norton character in "The Honeymooners," Gene Hackman as Popeye Doyle in "The French Connection," and, of course Buster Keaton whose frequent wearing of porkpies (which he apparently made himself by converting fedoras and other hats)  was responsible for a surge in popularity back in the 1920s.

And, with this generous serving of porkpie (another loaner from The Headwear Association), I cross a major millinery milestone and am officially halfway ( or is that "hatfway"?) to my stated goal of sporting a hat a day for 500 days.

I think I might just make it. Who's with me?

A: One man's homage to Dr. Seuss and his second book, "The 500 Hats of Bartholemew Cubbins," which is celebrating the 75th anniversary of its publication in 2013, Project Cubbins is an attempt to document the wearing of a different hat or piece of headgear every day for 500 consecutive days. No do-aheads, no banking of hats, no retroactive entries. PC started on May 27, 2013 with Hat 1.
Got hats? If you loan 'em, you'll get e'm back safe and sound!
Posted by Adam Tschorn at 9:21 PM