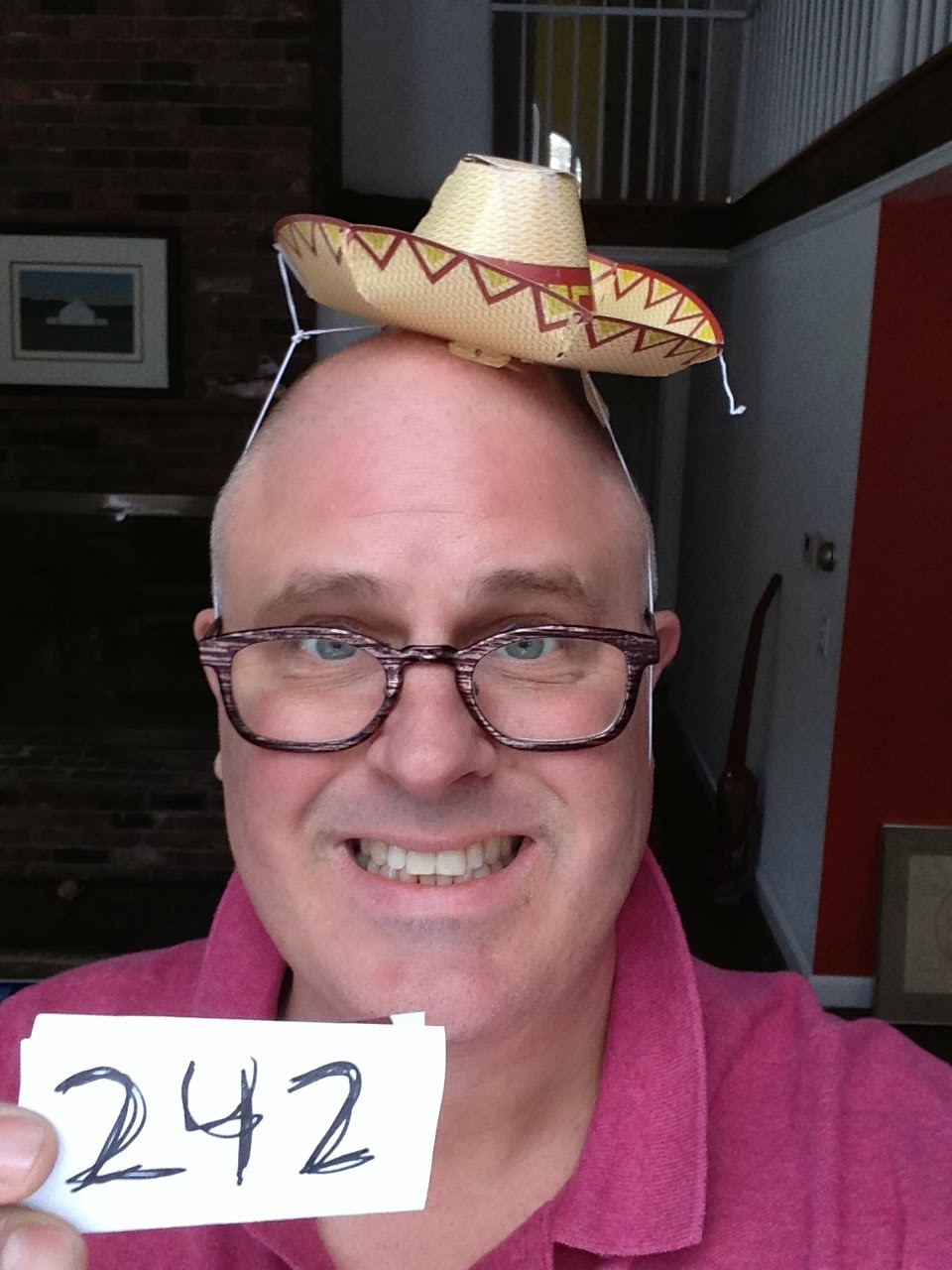 Another of the "Mini Party Hat" collection, this marks the third of the six portable lids in the package to appear in the Project (see also PC 237: Tiny Toque and PC 215: A Fez for Ants).

It is also - for those of you who keep track of such things - the third sombero. The first was really, really big (PC 139: Some Sombrero) and the second one was medium-sized (PC 229: Deadline Sombrero). At this rate, expect the next sombrero to be thimble-sized.

Q: OK, nice hat -- but what exactly is Project Cubbins, anyway?
A: One man's homage to Dr. Seuss and his second book, "The 500 Hats of Bartholemew Cubbins," which is celebrating the 75th anniversary of its publication in 2013, Project Cubbins is an attempt to document the wearing of a different hat or piece of headgear every day for 500 consecutive days. No do-aheads, no banking of hats, no retroactive entries. PC started on May 27, 2013 with Hat 1. Got hats? If you loan 'em, you'll get e'm back safe and sound!
Posted by Adam Tschorn at 12:52 PM