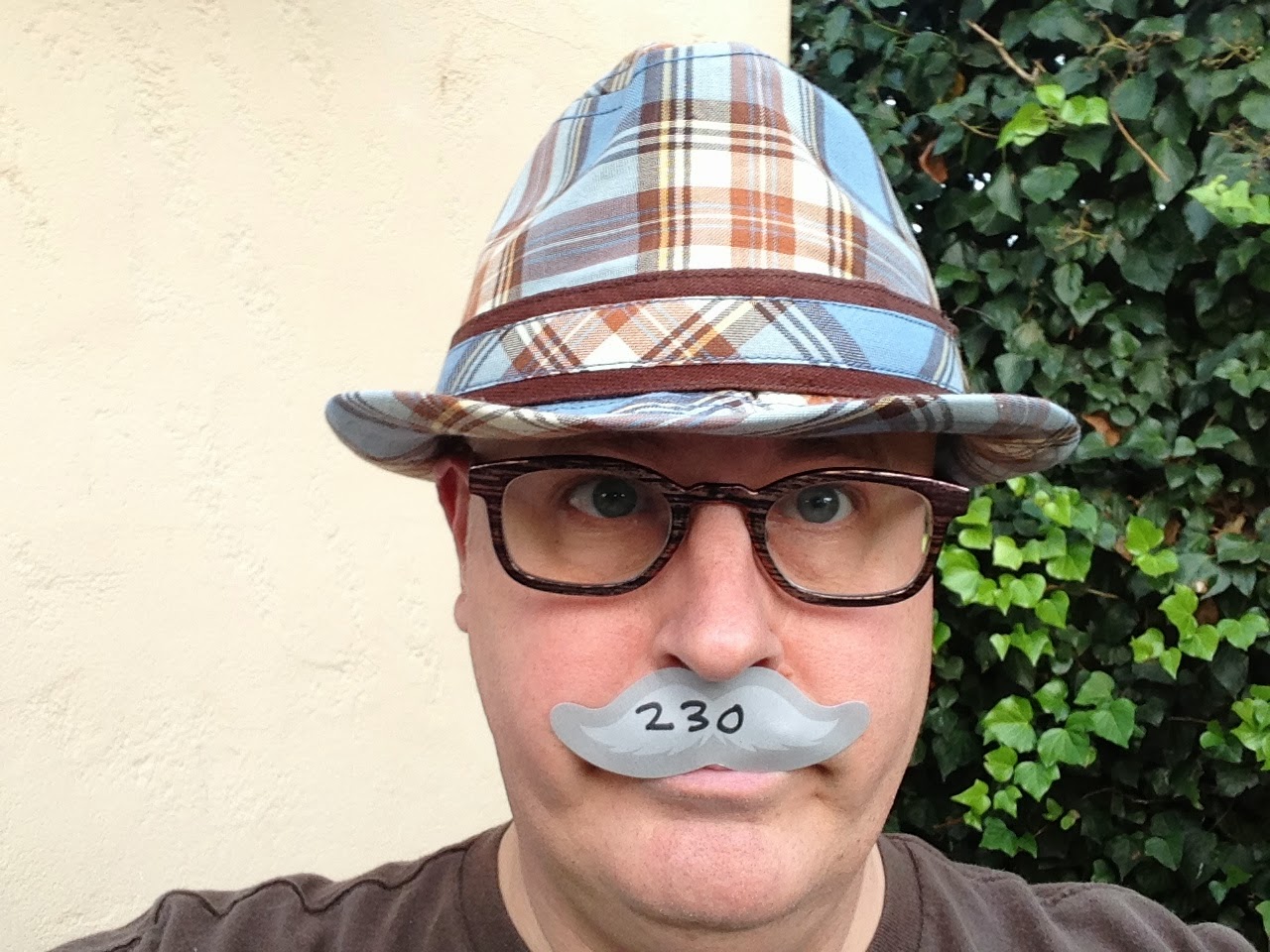 Based on the style number (100-1380) it's a now-discontinued style called "Dante" described at various and sundry websites (Goorin's returned no results) as having 1 3/8-inch flip-up brim and 4 1/2-inch crown.

It would make sense that it's a discontinued style since I picked this plaidness madness up at the label's sample sale back on December 15 (AKA Day 203).

On a side note, I have to say I'm particularly proud of the way I've employed the mustache-shaped Post-It Note in the above photo.


Q: OK, nice hat -- but what exactly is Project Cubbins, anyway?
A: One man's homage to Dr. Seuss and his second book, "The 500 Hats of Bartholemew Cubbins," which is celebrating the 75th anniversary of its publication in 2013, Project Cubbins is an attempt to document the wearing of a different hat or piece of headgear every day for 500 consecutive days. No do-aheads, no banking of hats, no retroactive entries. PC started on May 27, 2013 with Hat 1. Got hats? If you loan 'em, you'll get e'm back safe and sound!
Posted by Adam Tschorn at 4:49 PM