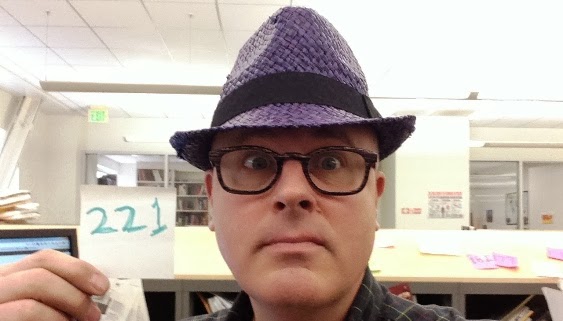 The D&Y stands for David & Young, and based on the style number, it appears to be this "Simply Basic Raffia Fedora" listed at their website.

Raffia is one of those fiber/textile things I kind of knew of but not much about -- until today. Turns out there are some 20 species in the Raphia palm genus (so sayeth Wikipedia, anyway) and the part that's commonly dyed and woven as a textile (like in the hat I'm sporting) is a membrane "on the underside of each individual frond leaf."

Apparently the sap of the raffia palm can also be used to make a type of palm wine known as "dibondo" (or at least that's what it's called in the Democratic Republic of Congo --  based on my cursory search of the interwebs).

I'll drink to that!