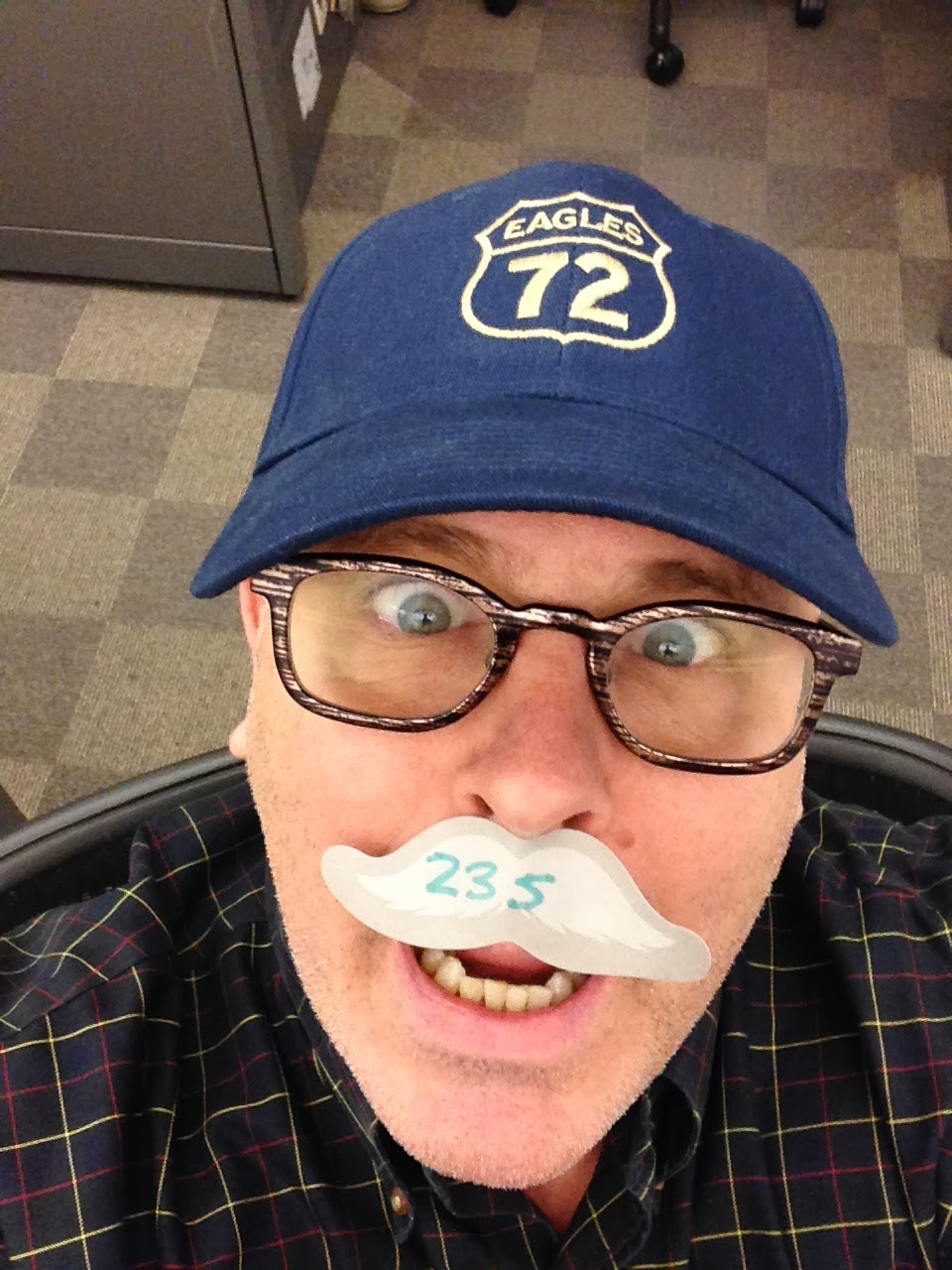 I purchased this hat at last night's Eagles concert at the Fabulous Forum in Inglewood, California. It was opening night at the renovated venue and the first night of the Eagles six-night run there.

During the show (which was truly too fabulous for words), Glenn Frey said of the Forum: "it's the best-sounding big room in the world - and we've played them all."

The "72," in case you're not an Eagleophile (Eagle head? Eaglet?) is a reference to 1972, the year the band released its debut self-titled album.

And, because I'm kind of obsessed with the Dwight D. Eisenhower Interstate Highway System, I can't help but mention that according to the Federal Highway Administration's website, the U.S. Patent and Trademark Office issued a trademark registration for the shield in September of 1967.

The actual Interstate 72, in case you were curious (I was), runs between Hannibal, Missouri, and Champaign, Illinois and is just shy of 180 miles long.

For some reason we were really, really hoping to find out that it ended on a corner in Winslow, Arizona.