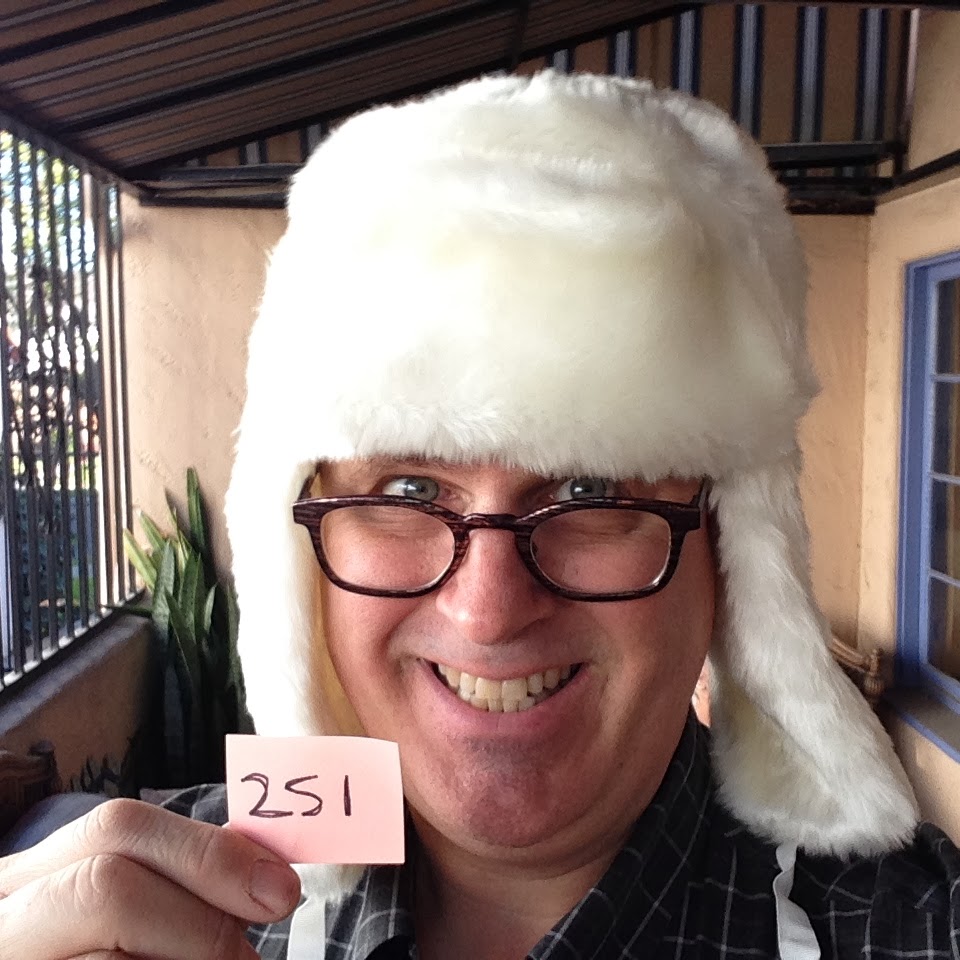 I'm glad this glam piece of headgear is faux fur because the color and texture reminds me very much of some of the pet rabbits we had as kids. Interior tag reads: "Made in China."

Another generous loaner from The Headwear Association sample closet, it's from Auburn Hills, Michigan, based Broner Hat & Glove Company which can trace its origins back to 1933 Detroit. According to Broner's site, the name of this style (68-336) is "Destination Unknown."

While that's not exactly where I'm headed right this very moment, as the wise and sagacious Donald Rumsfeld once put it: "There are the known unknowns and the unknown unknowns."

It's that known unknown I'm getting ready to wear like a hat.

Q: OK, nice hat -- but what exactly is Project Cubbins, anyway?
A: One man's homage to Dr. Seuss and his second book, "The 500 Hats of Bartholemew Cubbins," which is celebrating the 75th anniversary of its publication in 2013, Project Cubbins is an attempt to document the wearing of a different hat or piece of headgear every day for 500 consecutive days. No do-aheads, no banking of hats, no retroactive entries. PC started on May 27, 2013 with Hat 1. Got hats? If you loan 'em, you'll get e'm back safe and sound!
Posted by Adam Tschorn at 8:53 AM