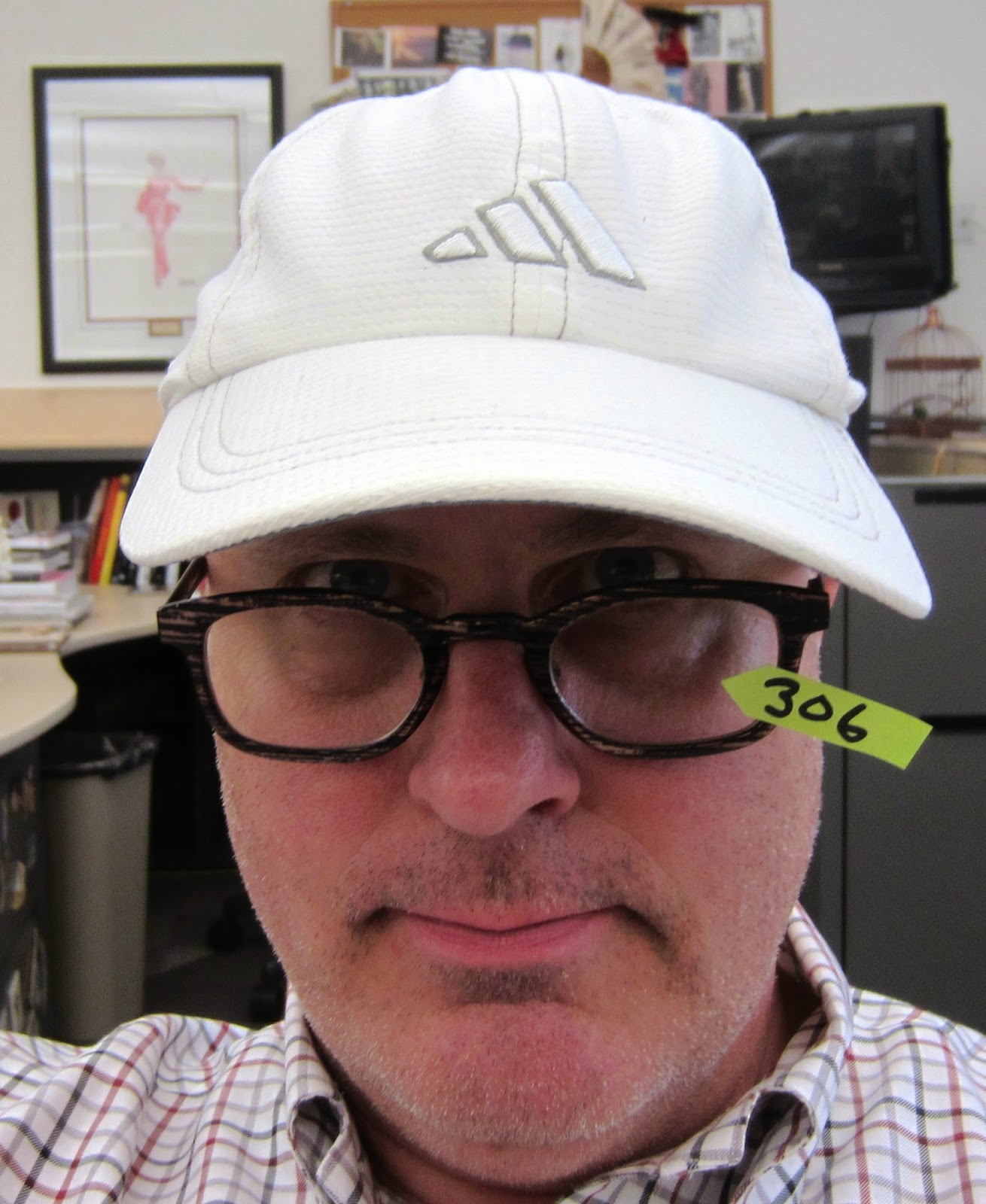 Additional details include three off-white, gray-contrast-taped stripes down the back of the hat (from crown to nape),  a white-and-gray embroidered Adidas logo on front and the words "ClimaCool" printed on the wearer's right-hand side of the bill near where it meets the body of the hat.

What exactly is ClimaCool (other than an epic nickname that is so not mine)? Here's an excerpt about it from a 2010 article at  Golf.com:

"Just as movies have gone 3-D, the Adidas designers conceived their core golf fabric in three dimensions. They began by using sophisticated thermal imaging, including infrared cameras, to come up with a body map, in 3-D, of the key areas of heat and sweat generated by a golfer's body. Advanced technologies were then used to address the needs of each area, in varying climactic conditions.

The fabric used in a ClimaCool shirt pulls sweat away from the body and increases micro-ventilation through strategically placed mesh panels ..."

Though the article was specifically about golf shirts, but what's a human head but a panel-worthy "key area of heat and sweat"?

Once again, sister Sue gets the hat-tip as this cool number was grabbed from the rapidly emptying SJTBOH.

Related:
PC 305: Cockaded Cap
PC 304: OpportunitiesPC 303: Croft & Barrow
Q: OK, nice hat -- but what exactly is Project Cubbins, anyway?
A: One man's homage to Dr. Seuss and his second book, "The 500 Hats of Bartholemew Cubbins," which is celebrating the 75th anniversary of its publication in 2013, Project Cubbins is an attempt to document the wearing of a different hat or piece of headgear every day for 500 consecutive days. No do-aheads, no banking of hats, no retroactive entries. PC started on May 27, 2013 with Hat 1. Got hats? If you loan 'em, you'll get e'm back safe and sound!
Posted by Adam Tschorn at 2:05 PM