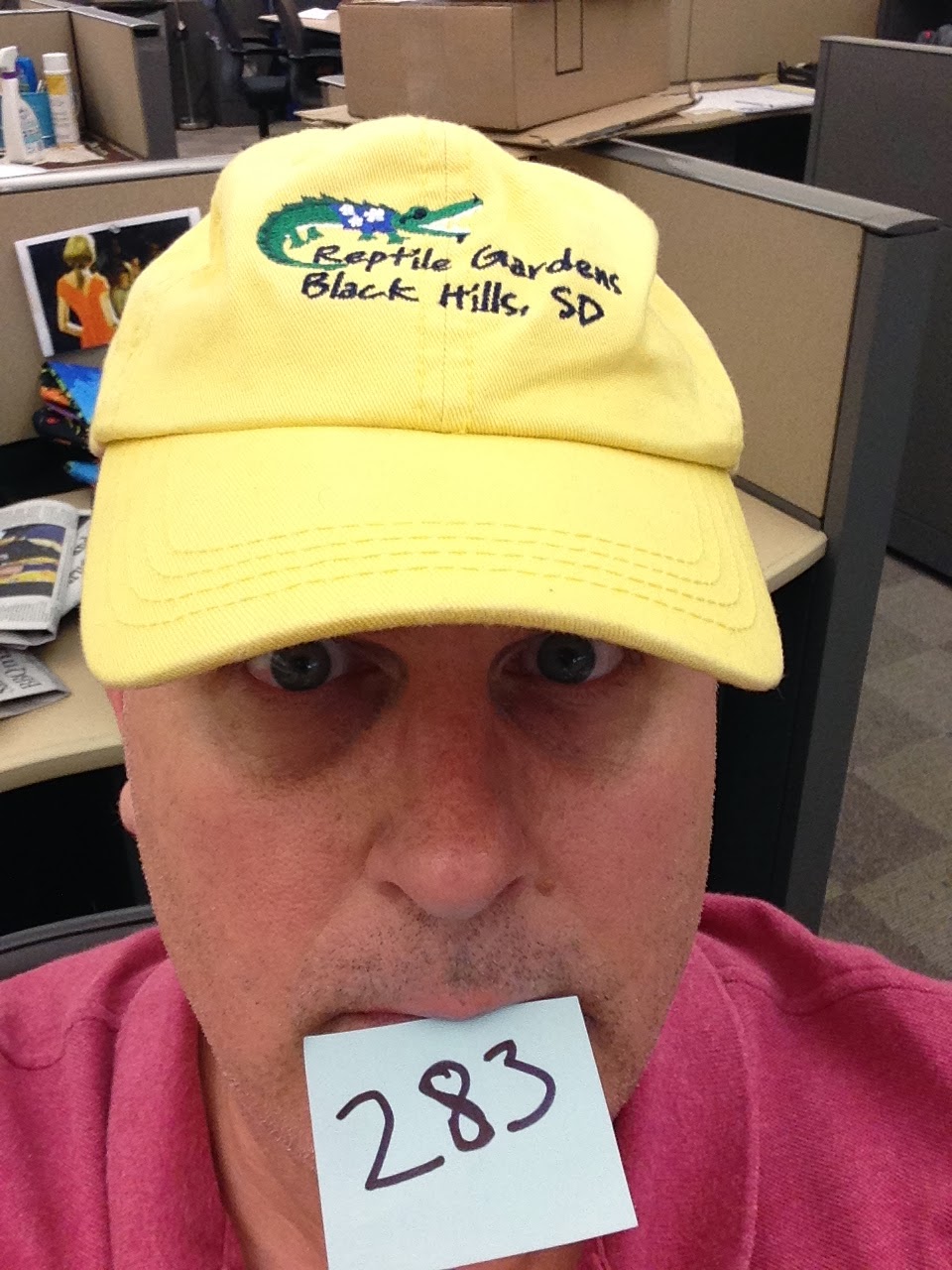 Grabbed from the SJTBOH, I believe this to be from kid sister's trip with her family out west some years ago. Reptile Gardens (slogan: "On the road to Mt. Rushmore") looks like its crammed with all kinds of creepy, crawly snakelike creatures. I bet the kids had a blast.

What intrigues me is the crocodile (or possibly a non-croc specific alligator -- hard to tell, really) on the lid and the festive shirt he's wearing - not to mention the soul patch he's sporting. Did he just get done eating a vacationing jazz musician? Is he some kinda Hawaiian ex-pat hep cat?

My cursory search of the interwebs did not turn up any cool critter like that as the Reptile Gardens mascot though I did learn that the mascot, for some 56 years (until his passing in 2011) was a 600-pound Galapagos tortoise named Methuselah.

I suppose it's destined to remain a reptilian mystery.

At any rate, the hat-tip to sister Sue for today's hat.

A: One man's homage to Dr. Seuss and his second book, "The 500 Hats of Bartholemew Cubbins," which is celebrating the 75th anniversary of its publication in 2013, Project Cubbins is an attempt to document the wearing of a different hat or piece of headgear every day for 500 consecutive days. No do-aheads, no banking of hats, no retroactive entries. PC started on May 27, 2013 with Hat 1.
Got hats? If you loan 'em, you'll get e'm back safe and sound!
Posted by Adam Tschorn at 5:17 PM