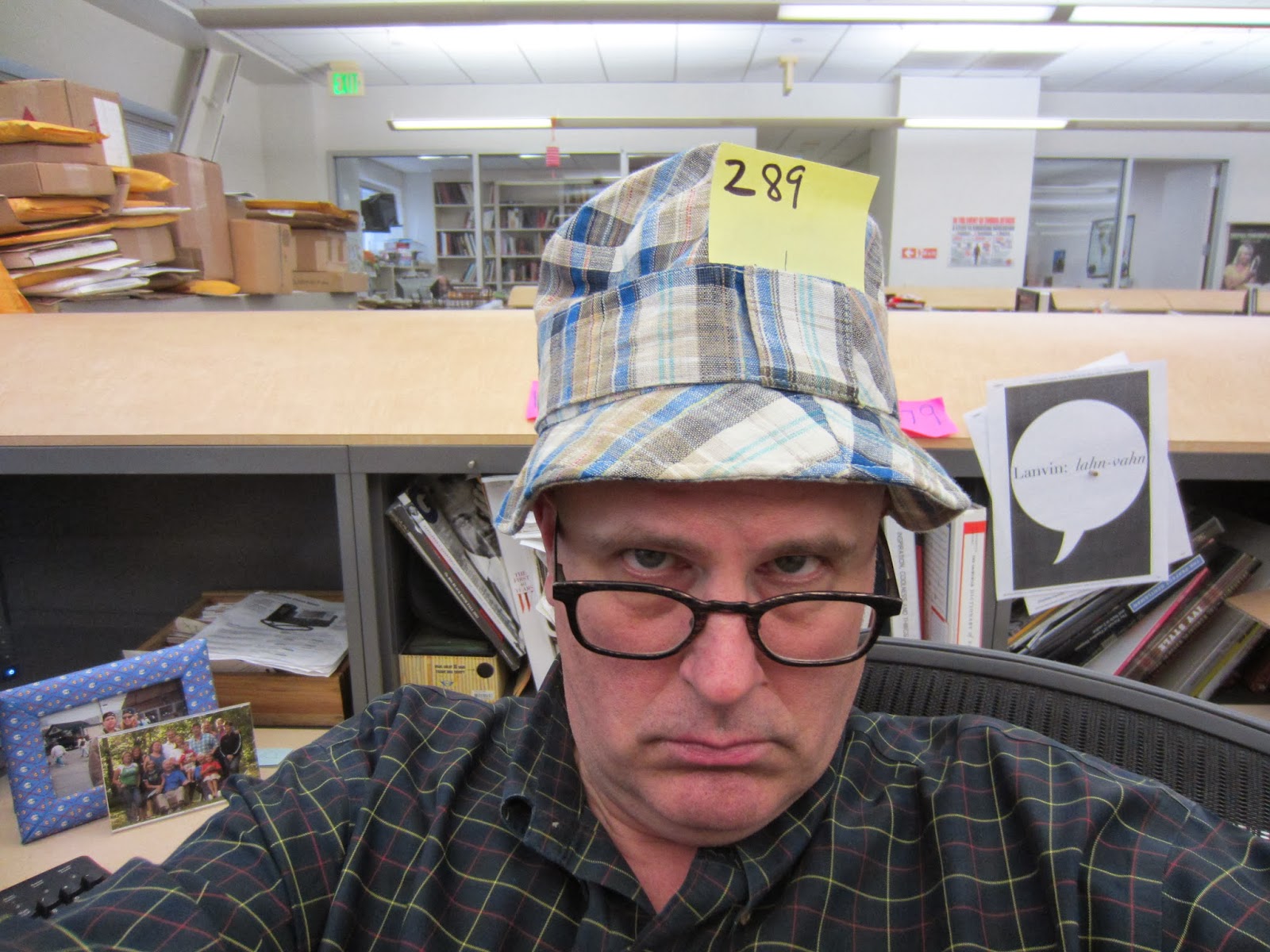 I've had a pretty good run decoding. deciphering and figuring out the provenance of the rando-lids thrown my way by the SJTBOH, but I'm throwing in the towel tracking down the back story on this hat. There is absolutely no other tag of any kind anywhere on the hat. Typing any or all of the information above also resulted in nothing.

The hat is not new and evidences a little bit of wear but the tag referenced above has been drawn through with a red felt-tip marker, which makes me think it was a sample, a freebie or something similar and the lack of other tags is a way of preventing resale.

Several of the searches I did for the RN number 17730 served up "made in China," while a handful of others kept referring back to Target.

Hit me with it sister Sue - where doth yonder stumper bucket hail from? Inquiring minds want -- nay need -- to know.

A: One man's homage to Dr. Seuss and his second book, "The 500 Hats of Bartholemew Cubbins," which is celebrating the 75th anniversary of its publication in 2013, Project Cubbins is an attempt to document the wearing of a different hat or piece of headgear every day for 500 consecutive days. No do-aheads, no banking of hats, no retroactive entries. PC started on May 27, 2013 with Hat 1.
Got hats? If you loan 'em, you'll get e'm back safe and sound!
Posted by Adam Tschorn at 5:23 PM

I think SJT threw that hat out as it had been with all the fishing gear for months in the corner of the garage. I pulled it out of the garage garbage barrel, the one that takes months to get full, so stuff just festers there. brought it in at some point and washed it with the other stinky garage clothes. probably washed it a few times.