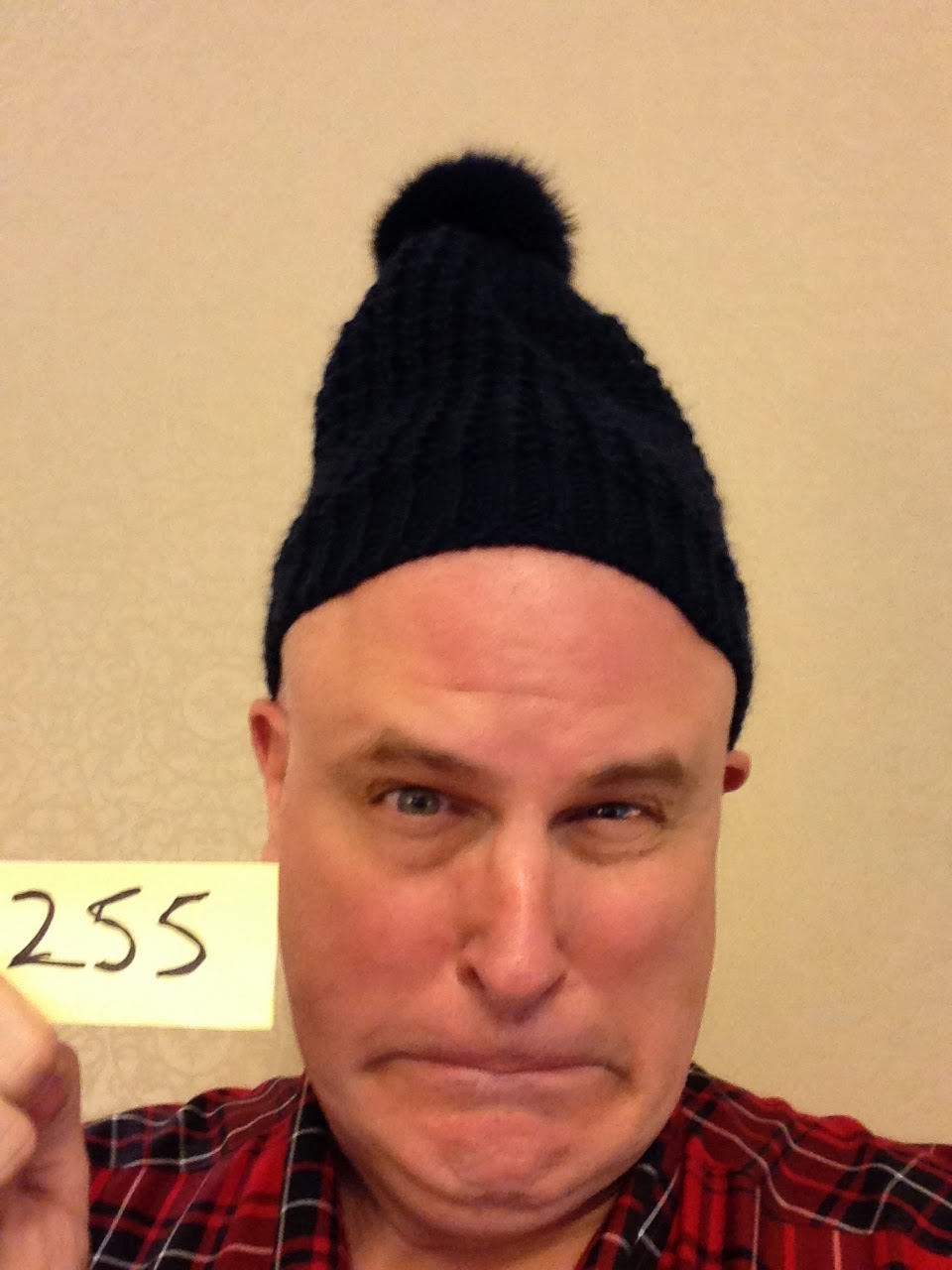 This hat was recently purchased in New York City by the Bride in advance of the current "state of emergency" storm that blew into town, dumped several inches of snow and caused subway-stalling power outages. Of its provenance she says: "I got it at a little store on Madison."

A cursory search of the interwebs indicates this to be Jocelyn's "Nolan" style hat.

As for the pompom -- which can also be rendered as pom-pom (or, less frequently, pom-pon) it can be traced to the French word pompon, which refers to a small decorative ball made of fabric or feathers.

Related:
PC 254: Auto Train Your Headgear
PC 253: Tam o' ShouldbePC 252: Domino's EffectQ: OK, nice hat -- but what exactly is Project Cubbins, anyway?
A: One man's homage to Dr. Seuss and his second book, "The 500 Hats of Bartholemew Cubbins," which is celebrating the 75th anniversary of its publication in 2013, Project Cubbins is an attempt to document the wearing of a different hat or piece of headgear every day for 500 consecutive days. No do-aheads, no banking of hats, no retroactive entries. PC started on May 27, 2013 with Hat 1. Got hats? If you loan 'em, you'll get e'm back safe and sound!
Posted by Adam Tschorn at 7:02 AM