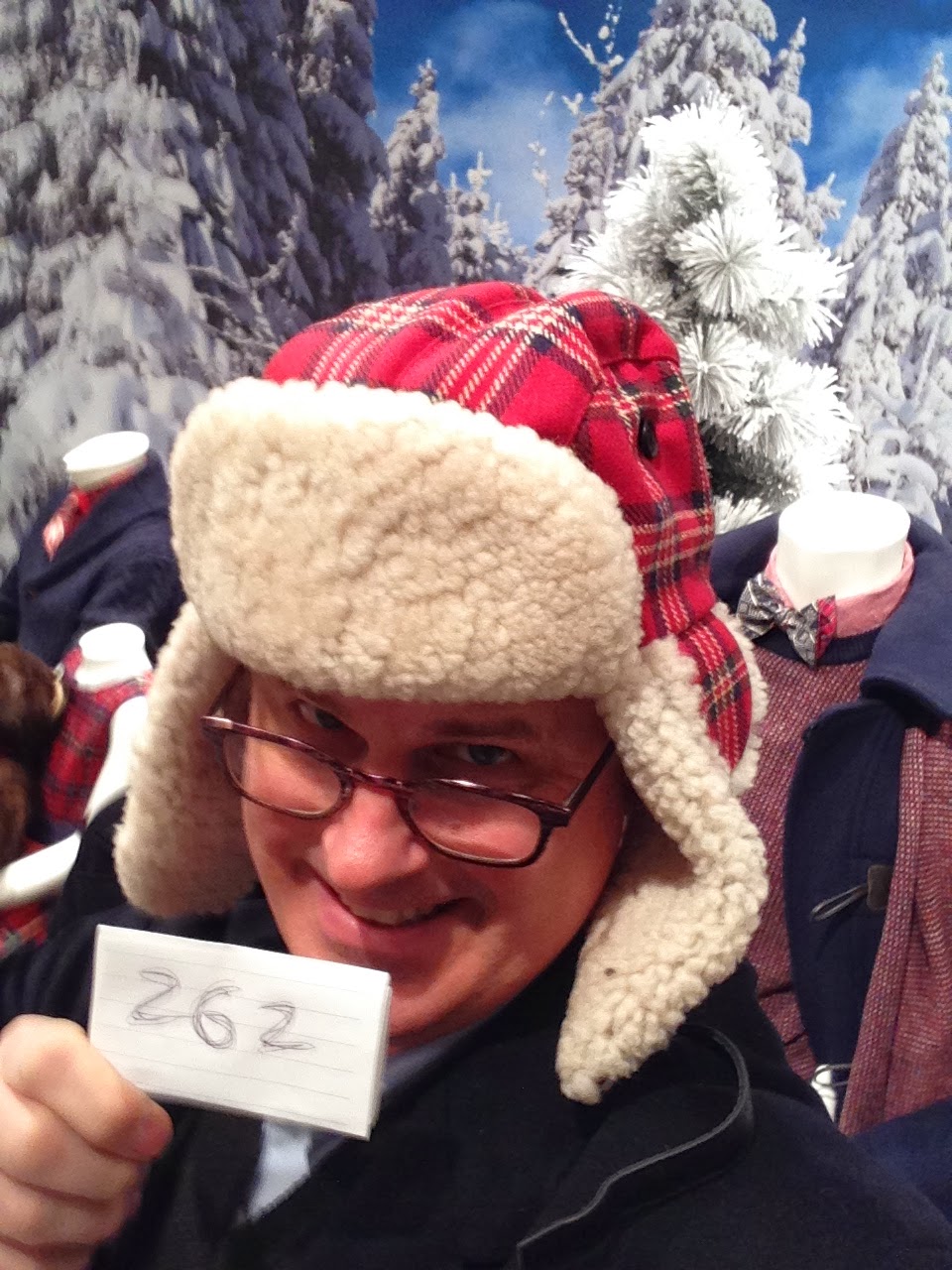 Day 262 / Hat 262: Red Brooks Brothers tartan and fleece trapper hat from the Fall and Winter 2014 collection, generously loaned to the Project by the folks at Brooks Bros.

You read that right -- this is a hat from the future. It won't be available for purchase until about nine months from now. That's how damn ahead of the curve I am.

And when I say it's the Brooks Brothers tartan I mean its their pattern -- made from combining elements of the label's BB#1 repp stripe tie pattern with those of the traditional Scottish Campbell tartan (according to this description, it's even registered with the Scottish Tartans Authority). The hat I'm wearing in the above photo is a version with a red background.

So a sincere hat-tip to my sources within the company (who shall remain nameless) for the momentary loan.

As for the rest of you -- this is what the future looks like. Get used to it.

Q: OK, nice hat -- but what exactly is Project Cubbins, anyway?
A: One man's homage to Dr. Seuss and his second book, "The 500 Hats of Bartholemew Cubbins," which is celebrating the 75th anniversary of its publication in 2013, Project Cubbins is an attempt to document the wearing of a different hat or piece of headgear every day for 500 consecutive days. No do-aheads, no banking of hats, no retroactive entries. PC started on May 27, 2013 with Hat 1. Got hats? If you loan 'em, you'll get e'm back safe and sound!
Posted by Adam Tschorn at 5:41 PM