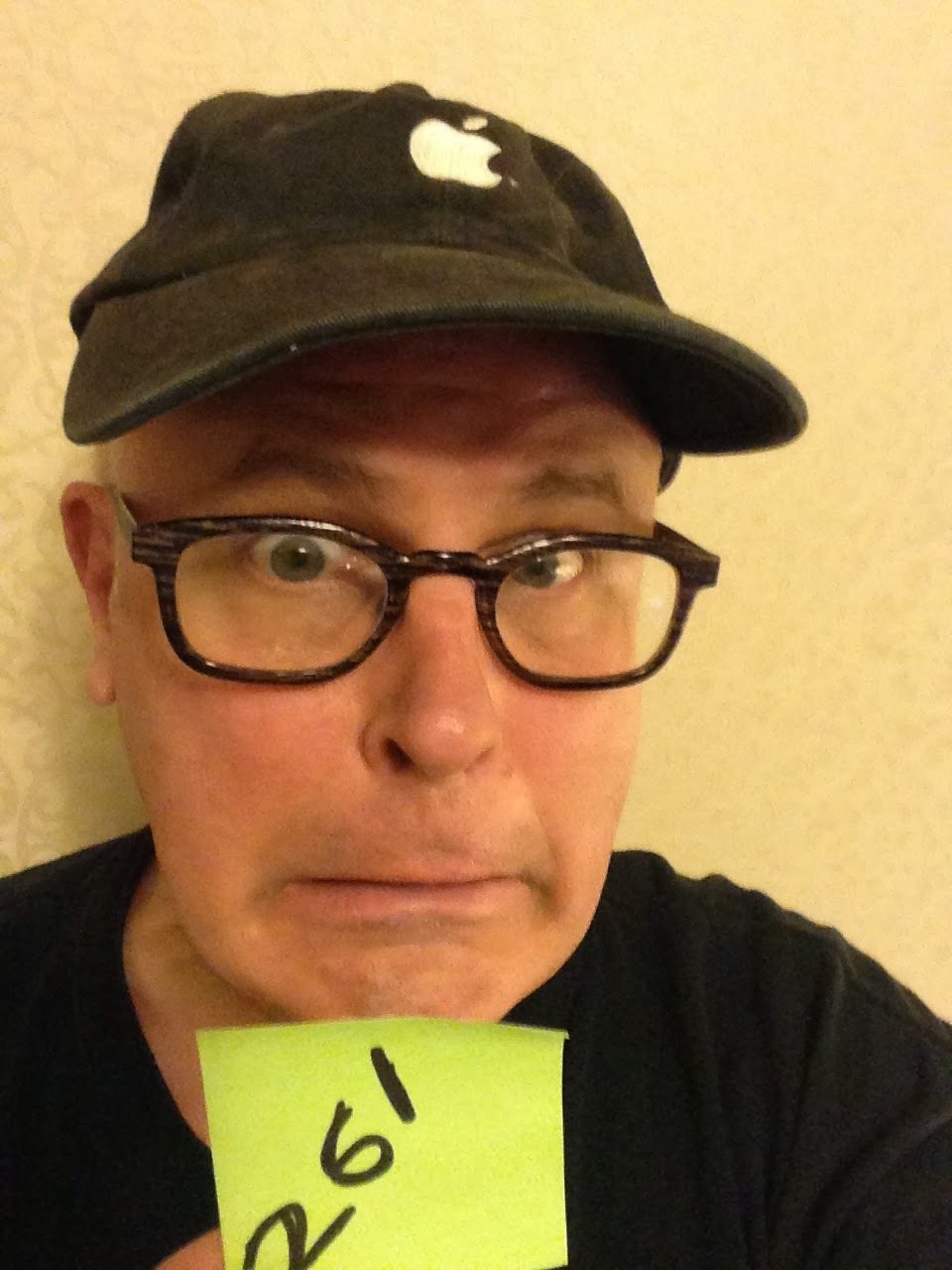 This was a random grab from the SJTBOH (Susan J. Tschorn Bag O' Hats) and knowing my brother-in-law's love of all things Apple computer, I'm going to take a wild guess that today's hat-tip is due to one Mark S. McClary of South Burlington, Vermont.

I so did not realize this until I started posting today's hat, but January 24, 2014, marked the 30th anniversary of the introduction of the Apple Macintosh computer.

If he was indeed the original source of said lid, this would mark Mark's very first  ... bite at the apple.

Q: OK, nice hat -- but what exactly is Project Cubbins, anyway?
A: One man's homage to Dr. Seuss and his second book, "The 500 Hats of Bartholemew Cubbins," which is celebrating the 75th anniversary of its publication in 2013, Project Cubbins is an attempt to document the wearing of a different hat or piece of headgear every day for 500 consecutive days. No do-aheads, no banking of hats, no retroactive entries. PC started on May 27, 2013 with Hat 1. Got hats? If you loan 'em, you'll get e'm back safe and sound!
Posted by Adam Tschorn at 3:26 PM