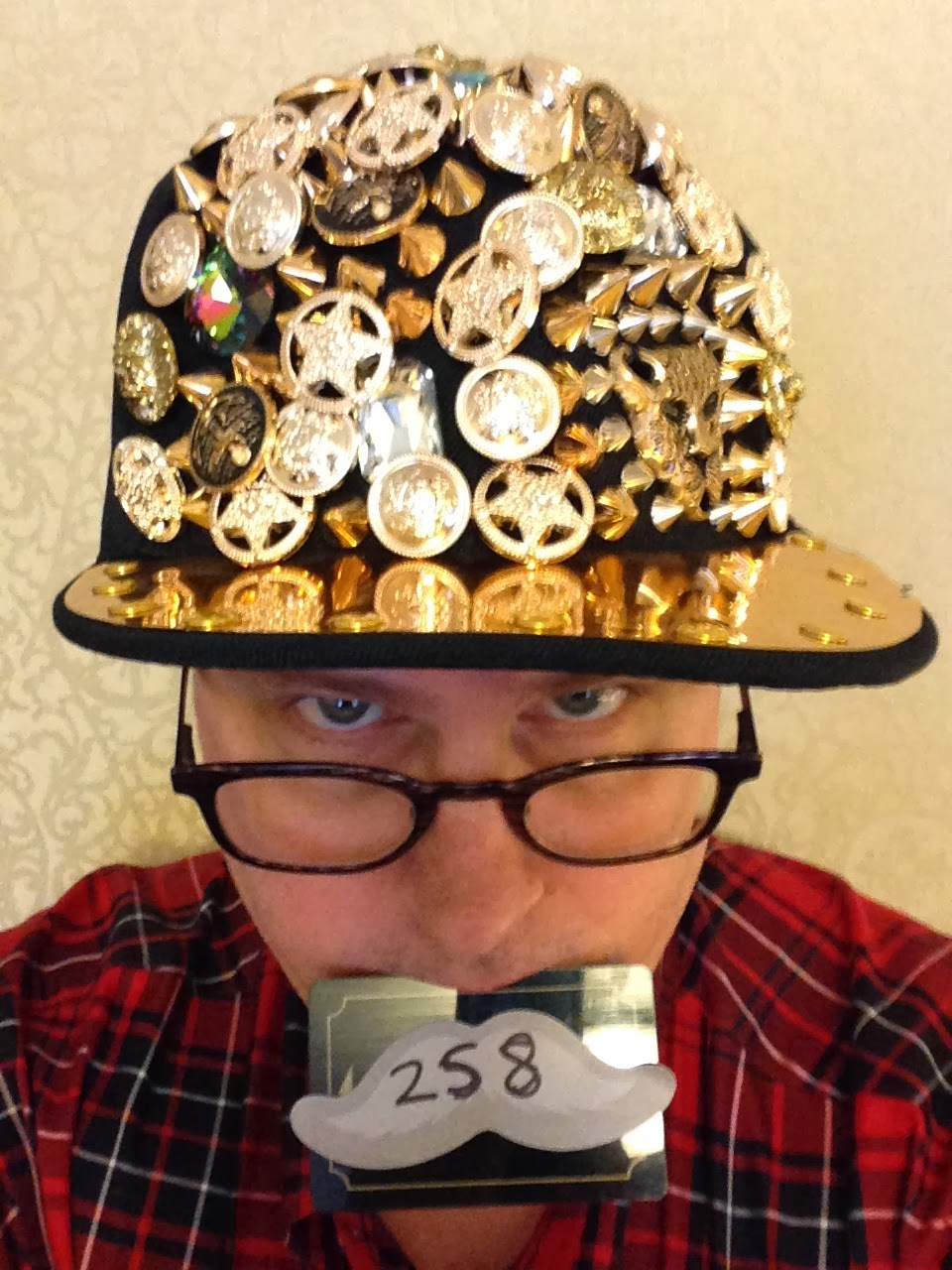 The Bride picked this bangin' button lid up earlier in the week at a place she stumbled across called Pinktown USA (which is located at 868 6th Ave. between 30th and 31st streets).

There's not much else to say except that all the metalwork up top makes this a heavier hat than most of the ones I've plopped atop my head to date.

Oh, and when I tried it on in the front of the Bride for the first time she took one look at me and said: "Missy Elliot!"

Q: OK, nice hat -- but what exactly is Project Cubbins, anyway?
A: One man's homage to Dr. Seuss and his second book, "The 500 Hats of Bartholemew Cubbins," which is celebrating the 75th anniversary of its publication in 2013, Project Cubbins is an attempt to document the wearing of a different hat or piece of headgear every day for 500 consecutive days. No do-aheads, no banking of hats, no retroactive entries. PC started on May 27, 2013 with Hat 1. Got hats? If you loan 'em, you'll get e'm back safe and sound!
Posted by Adam Tschorn at 12:51 PM